The Mask Falling by Samantha Shannon 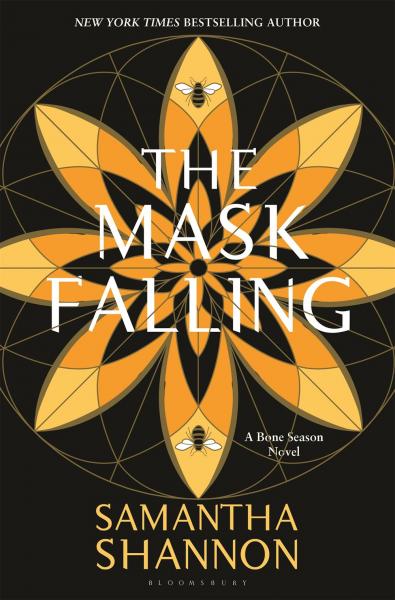 From the New York Times bestselling author of The Bone Season and The Priory of the Orange Tree, the stunning fourth novel set in the world of Scion.

Dreamwalker Paige Mahoney has eluded death again. Snatched from the jaws of captivity and consigned to a safe house in the Scion Citadel of Paris, she finds herself caught between those factions that seek Scion's downfall and those who would kill to protect the Rephaim's puppet empire.

The mysterious Domino Program has plans for Paige, but she has ambitions of her own in this new citadel. With Arcturus Mesarthim-her former enemy-at her side, she embarks on an adventure that will lead her from the catacombs of Paris to the glittering hallways of Versailles. Her risks promise high reward: the Parisian underworld could yield the means to escalate her rebellion to outright war.


As Scion widens its bounds and the free world trembles in its shadow, Paige must fight her own memories after her ordeal at the hands of Scion. Meanwhile, she strives to understand her bond with Arcturus, which grows stronger by the day. But there are those who know the revolution began with them-and could end with them . . .

The Mask Falling is a gripping, fantastical new addition to this “intoxicating urban-fantasy series” (NPR.org) that will leave readers begging for more.

“Keenly imagined . . . Atmospheric and unnerving . . . Once again, the predicaments are complicated and suspenseful, the new and returning characters are intriguing . . . For all its superbly choreographed action and paranormal inventiveness, this is, at heart, a gripping tale of trust and love, valor and sacrifice, and equality and justice.” —Booklist

“Shannon expertly blends genres to create a story that is at once a political thriller, a dystopian epic, and a paranormal adventure. This bold series installment will leave fans eager for more.” —Publishers Weekly

“An intoxicating urban-fantasy series . . . Fans will be calling for more.” —NPR.org

“Real entertainment. Shannon has continued to build on this imagined world with intricacy, and Paige's voice comes through to deliver a suspenseful story.” —The Washington Post

“Invokes the tyranny of George Orwell. . . and the mythmaking of JRR Tolkien” —USA Today

“An author clearly driven to go deeper and deeper into a unique world [--] many will surely follow her.” —Wall Street Journal

“A great imagination at work.” —People

“Perfect for fantasy fans who like big, sprawling sagas.” —Culturess

“Thrilling . . . A tantalizing, strategic setup for the next installment, which has all the ingredients to be a knockout.” —Kirkus Reviews