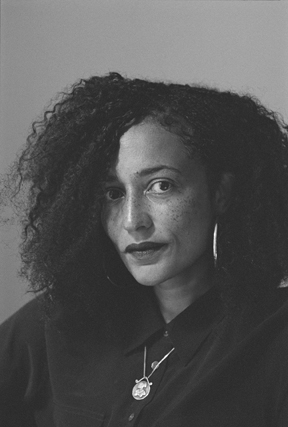 The author Craft Talk will be held on the following day, Friday, November 5, at 1:00 p.m.
Register for the 2021 Craft Talk with Zadie Smith

Left Bank Books will be at both events to sell Zadie Smith's books.

Novelist Zadie Smith was born in North London in 1975 to an English father and a Jamaican mother. She studied English Literature at Cambridge University before graduating in 1997. Zadie Smith writes regularly for The New Yorker and the New York Review of Books.  In 2017 she was elected a Foreign Honorary Member of the American Academy of Arts & Letters and received the 2017 City College of New York’s Langston Hughes Medal. Zadie Smith is currently a tenured professor of Creative Writing at New York University.

Her acclaimed first novel, "White Teeth," is a vibrant portrait of contemporary multi-cultural London, told through the stories of three ethnically diverse families.

She has published three collections of essays, "Changing My Mind: Occasional Essays," "Feel Free" and "Intimations," which was chosen as one of Oprah's Best Books of 2020.

From 1967 until 1981, the award was known as the Messing Award in honor of Roswell and Wilma Messing, Jr., who provided the initial funding for the prize. The highlight of each year, at least since 1967, has been the selection of the recipient and the presentation of the St. Louis Literary Award to a distinguished figure in literature.

On Beauty: A Novel (Paperback)