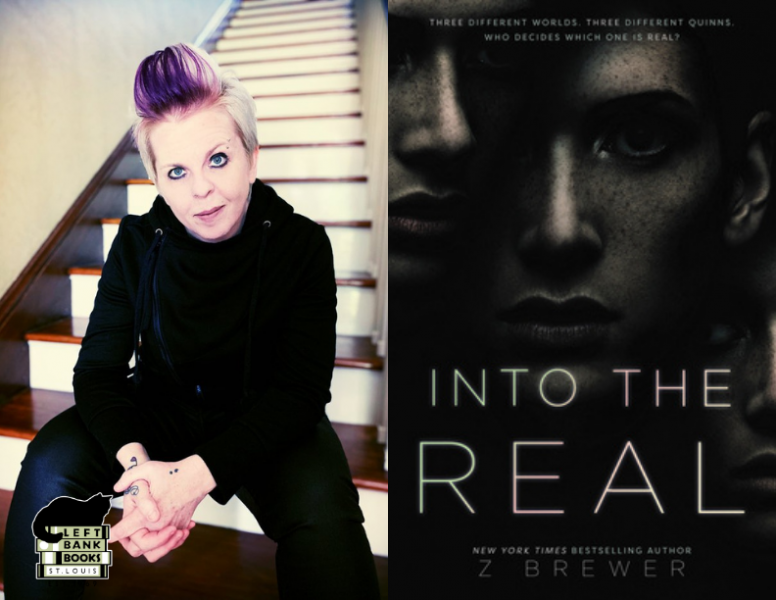 In this gripping, genre-defying YA novel from New York Times bestselling author Z Brewer, three teens—one who presents as genderqueer, one who presents as female, and one who presents as male—are caught up in three very different stories of survival. But those stories intersect as the teens start to realize that they might in fact be a single, singular “they,” alternating among worlds—and that accepting themself might be the key to defeating the monsters that plague them in all three.

The first Brume is a waking nightmare, overrun by literal monsters and cutthroat survivors. For Quinn, who is openly genderqueer, the silver lining is their friendship with Lia—and that there might still be hope for salvation.

The second Brume is a prison with no bars. Forced to “sort out” their sexuality with other teens at Camp Redemption, Quinn must also figure out why presenting as female has never felt quite right.

The third Brume is a war zone. For Quinn, who presents as male, leading the Resistance against an authoritarian government is difficult, since even the Resistance might not accept them if they knew Quinn’s truth.

As Quinn starts to realize that they might be one person alternating among these three worlds and identities, they wonder: Which world is the real one? Or do they all contain some deeper truth?

"Teens who are contemplating the constructs of their identity will appreciate Quinn's company." — School Library Journal

Z Brewer is the New York Times bestselling author of several books, including the Chronicles of Vladimir Tod series, and more short stories than they can recall. Their preferred pronouns are they/them. When not drying readers’ tears because they killed off a beloved character,  they write books. Z is also an outspoken mental health and anti-bullying advocate. Plus, they have awesome hair. Z lives in Missouri with a husband person, one children person, and four furry overlords that some people refer to as “cats.” Visit Z online at www.zbrewerbooks.com.

Into the Real (Hardcover)