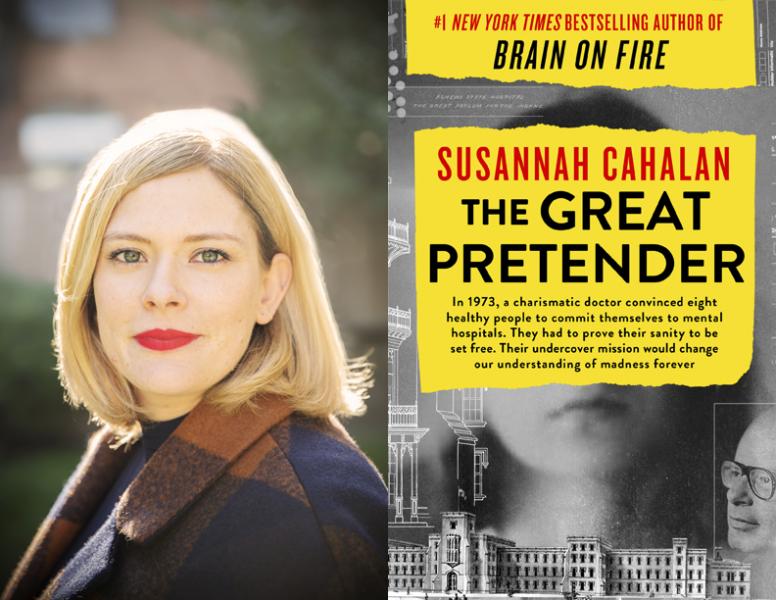 Left Bank Books presents best selling journalist and author of Brain On Fire, Susannah Cahalan, who will sign and discuss her new book investigating David Rosenahn's undercover legitimacy test of psychiatric asylums, The Great Pretender. Susannah Cahalan will be in conversation with Bill McClellan from the St. Louis Post Dispatch.

For centuries, doctors have struggled to define mental illness - how do you diagnose it, how do you treat it, how do you even know what it is?  In search of an answer, in the 1970s a distinguished Stanford University psychologist named David Rosenhan organized a study where he and seven other people -- sane, normal, well-adjusted members of society -- went undercover and had themselves committed to asylums around America to test the legitimacy of psychiatry's labels. Forced to remain inside until they'd "proven" themselves sane, all eight emerged with alarming diagnoses and even more troubling stories of their treatment. Rosenhan's watershed study – “On Being Sane in Insane Places” -- broke open the field of psychiatry, helping to close down institutions and changing mental health diagnoses forever. But, as Cahalan's explosive new research shows, very little in this saga is exactly as it seems. What really happened behind those closed asylum doors, and what does it mean for our understanding of mental illness today?  In The Great Pretender, Cahalan investigates through interviews with David Rosenhan’s colleagues and peers, searches for the anonymous participants or “pseudo-patients,” uncovers new never-reported material and information, and ultimately unravels the mystery surrounding Rosenhan’s research by shedding new light for the first time on the findings reported in his landmark study.

"The Great Pretender is a tight, propulsive, true-life detective story which somehow also doubles as a sweeping history of our broken mental health-care system. Cahalan herself has experienced this system as both a patient and a reporter, and her background informs every fascinating page of this dogged investigative odyssey. It is an amazing achievement, and there is no question it will go down as the definitive account of one of the most influential psychology experiments of all time." — Luke Dittrich, New York Times bestselling author of Patient H.M.

Since her bestselling memoir Brain on Fire, where she chronicles her own struggles with modern medicine after being misdiagnosed with a serious mental illness, author and journalist Susannah Cahalan has become a leading voice on the treatment of mental illness in America. Brain on Fire has sold over a million copies, spent 52 weeks on the New York Times bestseller list and was made into a feature film.

The Great Pretender: The Undercover Mission That Changed Our Understanding of Madness (Hardcover)

Brain on Fire: My Month of Madness (Paperback)