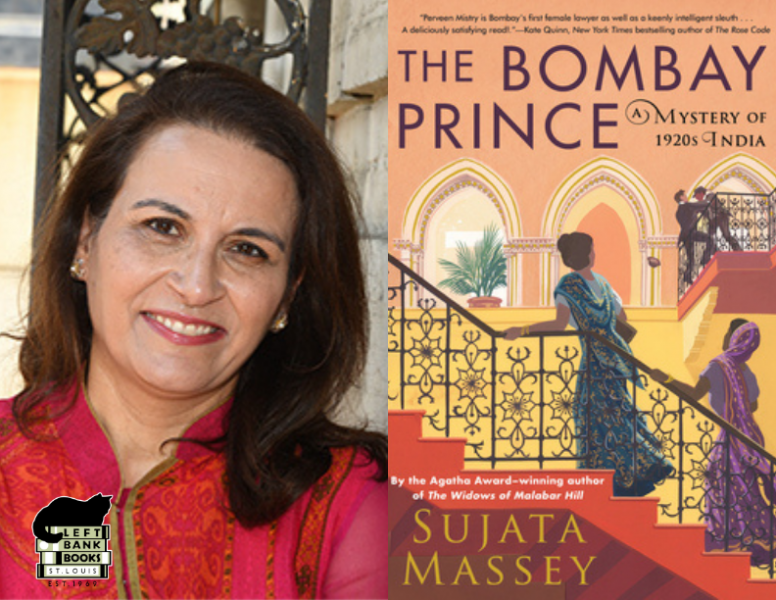 Left Bank Books welcomes Agatha, Macavity, and Mary Higgins Clark Award winning author
Sujata Massey
who will discuss her new book in the Perveen Mistry series,
Bombay Prince
on Facebook Live at 1pm CT on June 6.
Massey will be in conversation with acclaimed author
Cara Black
Join us on our Facebook Live Page and order SIGNED copies of
Bombay Prince
from Left Bank Books to support authors and independent bookstores!
About Bombay Prince

Bombay's first female lawyer, Perveen Mistry, is compelled to bring justice to the family of a murdered female Parsi student just as Bombay's streets erupt in riots to protest British colonial rule. Sujata Massey is back with this third installment to the Agatha and Mary Higgins Clark Award-winning series set in 1920s Bombay.

November 1921. Edward VIII, Prince of Wales and future ruler of India, is arriving in Bombay to begin a fourmonth tour. The Indian subcontinent is chafing under British rule, and Bombay solicitor Perveen Mistry isn't surprised when local unrest over the royal arrival spirals into riots. But she's horrified by the death of Freny Cuttingmaster, an eighteen-year-old female Parsi student, who falls from a second-floor gallery just as the prince's grand procession is passing by her college.

Freny had come for a legal consultation just days before her death, and what she confided makes Perveen suspicious that her death was not an accident. Feeling guilty for failing to have helped Freny in life, Perveen steps forward to assist Freny's family in the fraught dealings of the coroner's inquest. When Freny's death appears suspicious, Perveen knows she can't rest until she sees justice done. But Bombay is erupting: as armed British secret service march the streets, rioters attack anyone with perceived British connections and desperate shopkeepers destroy their own wares so they will not be targets of racial violence. Can Perveen help a suffering family when her own is in danger?

"The Bombay Prince is the third delightful installment of Sujata Massey's mystery series set in 1920s India. Heroine Perveen is much more than a sari-clad Miss Marple: she's Bombay's first female lawyer as well as a keenly intelligent sleuth, a trail-blazing woman balancing the weight of family tradition with her own dreams. Perveen's investigation into the mysterious death of a young university student coincides with the imperial visit of the future Edward VIII, and the resulting trail of breadcrumbs through royal receptions, street riots, squalid jails, and lavish hotels makes for a deliciously satisfying read!"--Kate Quinn, New York Times bestselling author of The Rose Code

"Exceptional . . . Massey has never been better at pairing her redoubtable and impressive lead with a challenging murder to unravel." --Publishers Weekly, Starred Review

"Graceful prose and mastery of period detail . . . [ The Bombay Prince] propels a rich story of female empowerment during a pivotal era." --Kirkus Reviews

Sujata Massey was born in England to parents from India and Germany, grew up in St. Paul, Minnesota, and lives in Baltimore, Maryland. She was a features reporter for the Baltimore Evening Sun before becoming a full-time novelist. The first Perveen Mistry novel, The Widows of Malabar Hill, was an international bestseller and won the Agatha, Macavity, and Mary Higgins Clark Awards. Visit her website at sujatamassey.com.

Cara Black is the author of nineteen books in the New York Times bestselling Aimée Leduc series. She has received multiple nominations for the Anthony and Macavity Awards, and her books have been translated into German, Norwegian, Japanese, French, Spanish, Italian, and Hebrew. She lives in San Francisco with her husband and son and visits Paris frequently. 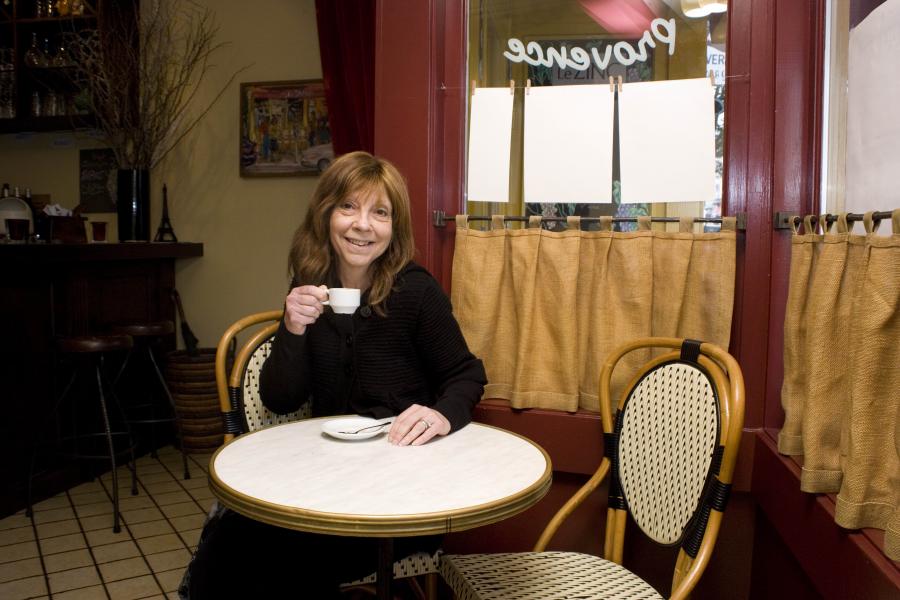 The Widows of Malabar Hill (A Perveen Mistry Novel #1) (Paperback)