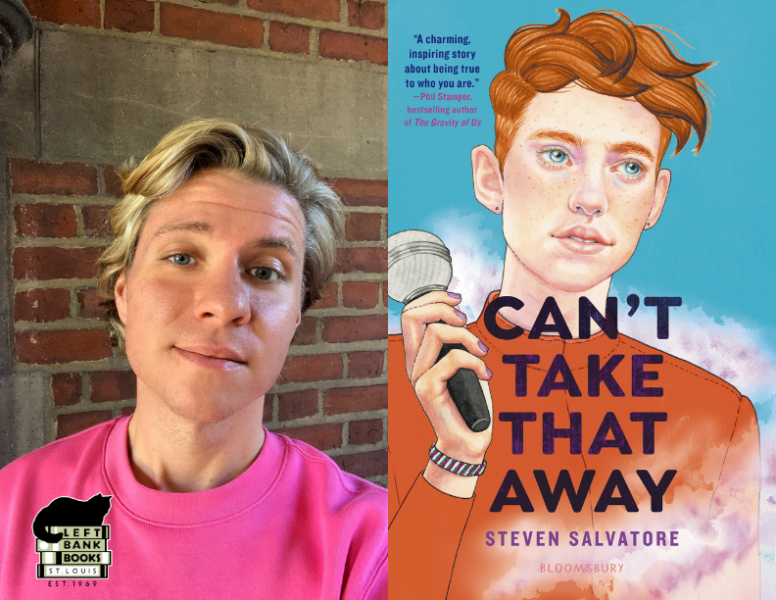 About Can't Take That Away

“This charming, joyful story-about self-love, fighting for what's right, and the love to be found in chosen family-will make you want to put on a pair of red heels and blast Mariah Carey.” —Booklist, starred review

“A fresh voice + a genderqueer teen + one Wicked musical + fighting against the establishment + first love = A page-turning YA debut. Recommended for all YA collections.” —School Library Journal

Steven Salvatore is a gay, genderqueer author, educator, Mariah Carey lamb, and Star Wars fanatic who spends most days daydreaming and making up stories. They have an MFA in Creative Writing from The New School. They were formerly a full-time Assistant Professor of Composition and Director of the Writing Center at The College of New Rochelle. After the college permanently closed in 2019, they took a step back from teaching full-time to focus on their writing, though they do still teach at a few colleges while running a writing workshop at The LOFT, an LGBT resource center in White Plains, New York. Steven currently lives in Peekskill, New York, with their amazingly patient husband, whose name is also Steve.