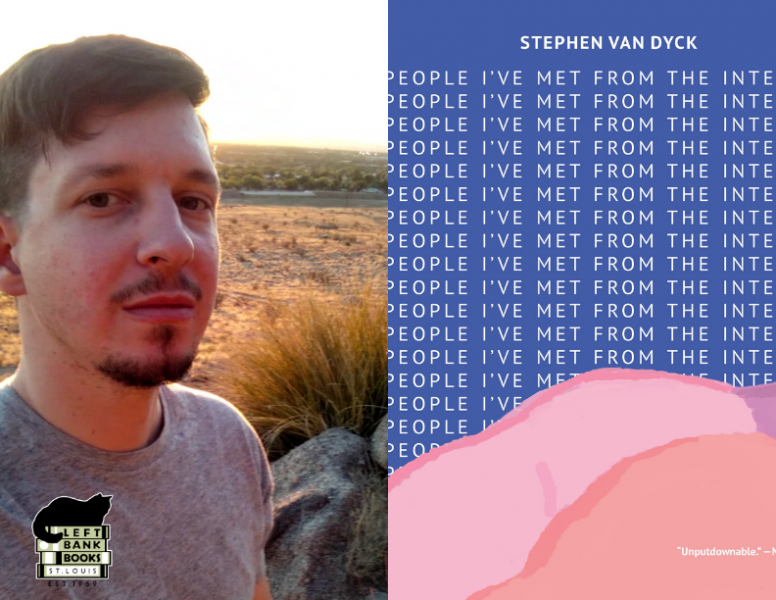 Stephen van Dyck's People I've Met From the Internet is a queer reimagining of the coming-of-age narrative set at the dawn of the internet era.

In 1997, AOL is first entering suburban homes just as thirteen-year-old Stephen is coming into his sexuality, constructing selves and cruising in the fantasyscape of the internet. Through strange, intimate, and sometimes perilous physical encounters with the hundreds of men he finds there, Stephen explores the pleasures and pains of growing up, contends with his mother's homophobia and early death, and ultimately searches for a way of being in the world. Spanning twelve years, the book takes the form of a very long annotated list, tracking Stephen's journey and the men he meets from adolescence in New Mexico to post-recession adulthood in Los Angeles, creating a multi-dimensional panorama of gay men's lives as he searches for glimpses of utopia in the available world.

Stephen van Dyck is a writer, artist, and educator, whose first book, People I've Met From the Internet, came out in 2019 on Ricochet Editions, an imprint of Gold Line Press. The book has received praise from Miranda July, Chris Kraus, Dodie Bellamy, Dennis Cooper, and D. A. Powell, and Zyzzyva Magazine called it "the ultimate memoir for the Digital Age." An MFA graduate of Integrated Media, Critical Studies and Experimental Sound Practices at CalArts, van Dyck has performed and presented work all around Los Angeles, where he lives.