State of Emergency: Creating Change NOW
Left Bank Books welcomes renowned activist and speaker
Tamika D. Mallory,
who will discuss her new book,
State of Emergency: How We Win in the Country We Built,
on May 26 at 6pm CT/7pm ET in a private online event.
Mallory will participate in a virtual event and conversation with
Circuit Attorney for the City of St. Louis Kimberly M. Gardner, Damon Lindelof, &, newly added, Kendrick Sampson & Amanda Seales.
(DJ 'Shangela' Pierce is no longer able to join us.)
The conversation will be moderated by President and Founder of The Arc of Justice & host of The Justice Clapback's
Elder Kirsten John Foy.
NOW FEATURING AN APPEARANCE BY 15-TIME GRAMMY® AWARD-WINNING SINGER ALICIA KEYS! 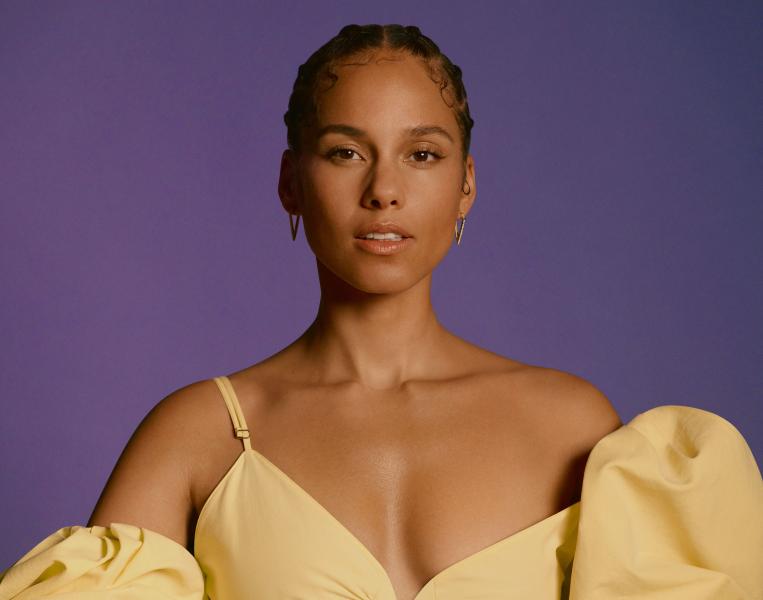 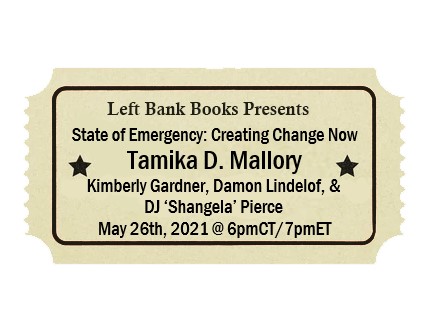 About State of Emergency
"A masterful book...reaffirms the urgency of the current state of Black people in America and the power we all have to win transformative change." --Marc Lamont Hill, New York Times bestselling author

"Gives us the words and tools to fight for the justice our families deserve." --Tamika Palmer, mother of Breonna Taylor

"A powerful voice in consistently reminding us that we all have a stake in the fight for a just, fair, and equitable America." --Jada Pinkett Smith, actor, producer, entrepreneur

Drawn from a lifetime of frontline culture-shifting advocacy, organizing, and fighting for equal justice, State of Emergency makes Mallory's demand for change and shares the keys to effective activism both for those new to and long-committed to the defense of Black lives.

From Minneapolis to Louisville, to Portland, Kenosha, and Washington, DC, America's reckoning with its unmet promises on race and class is at a boiling point not seen since the 1960s. While conversations around pathways to progress take place on social media and cable TV, history tells us that meaningful change only comes with radical legislation and boots-on-the-ground activism. Here, Mallory shares her unique personal experience building coalitions, speaking truth to power, and winning over hearts and minds in the struggle for shared prosperity and safety.

Forward-looking, steeped in history, and rich with stories from life on the margins of American life, State of Emergency is a revelatory examination of the challenges we face, of the forces we must overcome, and a blueprint for all who maintain hope for social equity and a better tomorrow. 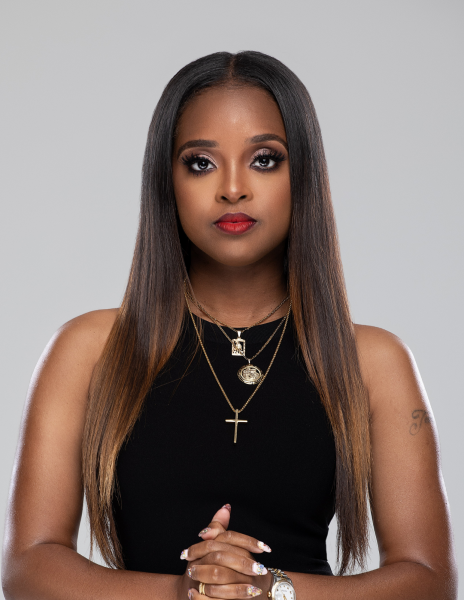 Tamika D. Mallory is a trailblazing social justice leader, movement strategist, globally recognized civil rights activist, co-founder Until Freedom and the historic Women’s March, and author of STATE OF EMERGENCY. She served as the youngest ever Executive Director of the National Action Network. Her speech in the wake of the murder of George Floyd in Minneapolis, MN--entitled "State of Emergency"--was dubbed “the speech of a generation” by ABC News. Mallory is an expert in the areas of gun violence prevention, criminal justice reform, and grassroots organizing.

Alicia Keys is a 15-time GRAMMY® Award-winning singer, songwriter, musician, producer, accomplished actress, New York Times best-selling author, film/television and Broadway producer, entrepreneur, and a powerful force in the world of activism. Since the release of her monumental 2001 debut album, SONGS IN A MINOR, Keys has sold over 65 million records and built an unparalleled repertoire of hits and accomplishments. Alicia has become the #1 RIAA certified Female R&B artist of the millennium with 27.5 Million worldwide certified digital sales (US) and 20 Million Album Sales (US). Her seventh studio album ALICIA was released to rave reviews in September 2020 and earned Keys her 8th #1 album on the Billboard R&B Albums chart. The first single, “Show Me Love,” earned Keys a record-extending 11th #1 on the Billboard Adult R&B Songs airplay chart and was certified gold. Her follow-up platinum hit single, “Underdog,” went #1 on the overall iTunes chart and became the most added song at Top 40 radio in the US upon its release. Keys released her new book “More Myself: A Journey” in March  2020 via Flatiron Books, which debuted and spent multiple weeks on The New York Times Bestseller List. Alicia recently launched her lifestyle beauty brand, Keys Soulcare, which aims to go beyond skincare to truly care for the whole self; body, mind, and spirit. 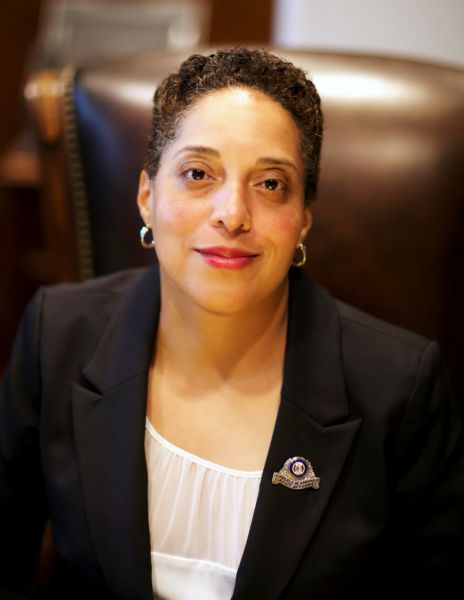 Kimberly M. Gardner was elected Circuit Attorney in 2016 and assumed office on January 1, 2017. Gardner leads an office of 140 committed professionals who seek justice on the behalf of the residents of the City of St. Louis. Mrs. Gardner is a life-long resident of the City of St. Louis. Growing up in a high crime area of North St. Louis and her family’s 70-year funeral home business has exposed her to the devastation that violent crime has on far too many families. Her desire to strengthen the relationship between the community and law enforcement was an important motivator for her dedicating herself to becoming the city’s top prosecutor. Gardner is committed to engaging citizens throughout the community in a criminal justice system that promotes trust, accountability and transparency. Mrs. Gardner is working to expand the traditional role of the prosecutor and utilize a broader set of tools with law enforcement, community, judges and social service stakeholders to find innovative solutions to address violent, and serious crimes. She is also committed to finding opportunities to help at-risk young people become productive members of our community and avoid being drawn into the life of crime. Prior to becoming the first African American Circuit Attorney in the City of St. Louis, Mrs. Gardner served as an Assistant Circuit Attorney, and served two terms as a Missouri State Representative in the 77th District. Mrs. Gardner earned a Bachelor of Science in Healthcare Administration from Harris Stowe State University, a Juris Doctor from Saint Louis University, and a Master of Science in Nursing from Saint Louis University. 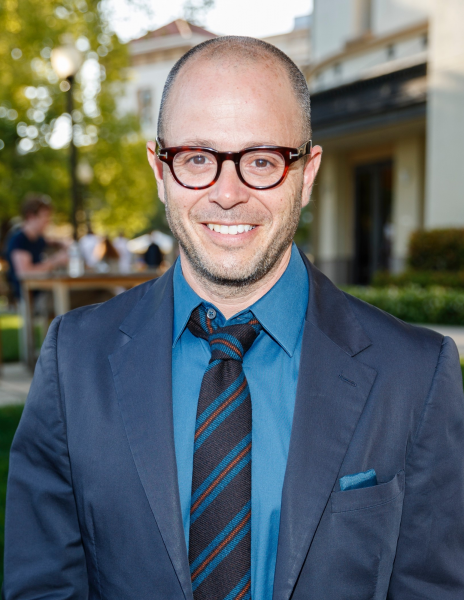 Damon Lindelof was born in New Jersey to a schoolteacher and a banker. He was also born a writer, although it would take over 25 years to figure that out. In 2004 he partnered with J.J. Abrams to create LOST. No, they were not dead the whole time. Since Damon left the island, he has worked as a writer and producer on STAR TREK, PROMETHEUS, WORLD WAR Z and TOMORROWLAND. Returning to TV in 2014 Damon spent three seasons showrunning HBO’s critically-acclaimed THE LEFTOVERS, which he fiercely defends as “not as depressing as everyone says.” Most recently he wrapped up the HBO series WATCHMEN, which he fiercely defends as “not as confusing as everyone says.” Damon also wrote this bio. 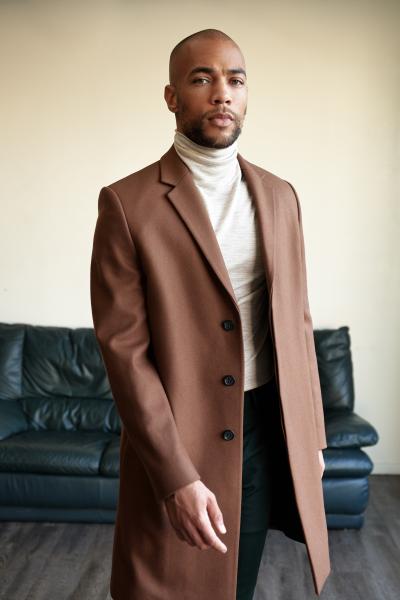 Growing up in the suburbs of Houston, Texas, Kendrick Sampson was surrounded by musicians and artists, and naturally gravitated to the arts. His work ethic, paired with a natural charismatic personality, took him from one project to the next, where he now plays Nathan on HBO’s Emmy nominated comedy series, “Insecure.”

Kendrick found his breakout role as Jesse on the hit CW series, “The Vampire Diaries.” In early 2014, he secured a series regular role on the Fox event series, Gracepoint alongside heavyweights Nick Nolte, Anna Gunn, Jacki Weaver and Michael Pena. In 2015, Kendrick joined the cast of the ABC hit series, How To Get Away with Murder as Caleb Hapstall and in 2017, Sampson recurred on the Showtime comedy “White Famous” as well as the CW hit series, "Supernatural" and “The Flash.”

The young star recently stared in Freeform’s feel good holiday film “Ghosting”, which shared a cautionary tale of texting while driving and coming together as a family. In the film, the holiday film tells the quirky and heart-warming story of Jess (Aisha Dee), who goes on the greatest first date of her life, but inadvertently “ghosts” Ben (Sampson) when she tragically dies in a car accident on the way home. Most recently, Kendrick stared in Channing Godfrey People’s MISS JUNETEENTH which explores the journey of Turquoise Jones, and the story of a dream deferred.

Kendrick uses his voice to empower marginalized communities and to shine light on issues of inequity. His activism is focused on racial justice, specifically intersectionality within criminal justice reform and uniting the oppressed Black, Brown & Indigenous communities. He is a proud supporter of the Standing Rock and Black Lives Matter movements, progressive political campaigns, and social justice education. A true advocate for change and community building, Sampson is in the third year of BLD PWR, an organization committed to taking action and how to do so in a healthy way. The ultimate goals are to build up the next wave of activists while providing resources and tools for equitable change on a grassroots level. 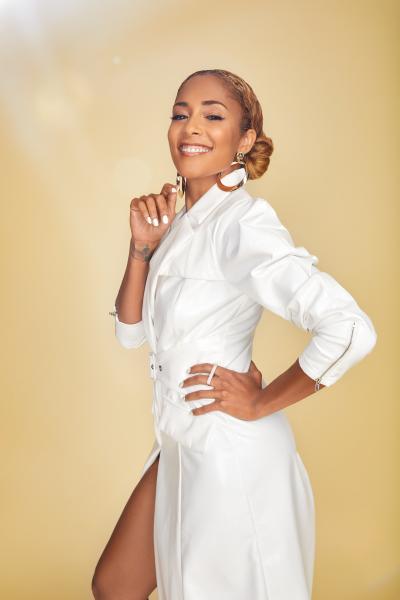 Amanda Seales is a comedian and creative visionary with a Master’s in African American studies from Columbia University. You know her as, “Tiffany DuBois” of HBO’s Insecure and her HBO stand up special, “I Be Knowin.” She is a former co-host on daytime talk show, “The Real,” host of NBCs “Bring the Funny,” and hosted the groundbreaking 2020 BET Awards. The creator/host of the hit live, and now virtual, music/comedy game show, “Smart Funny & Black,” she speaks truth to change via her wildly popular instagram, weekly podcast, “Small Doses,” and book by the same name, and recently launched her membership community app, “SFB Society” a social media space to fight the power while claiming your joy!  A Jedi Khaleesi with a patronus that’s a Black Panther with wings, she keeps audiences laughing, thinking, and living in their truth!

You may purchase an EVENT TICKET from Left Bank Books online through the button above. You must provide an email address to be invited to the private online event. When you have purchased a ticket, you will receive an email event reminder a few days prior to the event. You will receive the actual email invite to join the private online event on the DAY OF the event.
International shipping is available! To inquire about pricing for international shipping, please email info@left-bank.com.
Author Events
Featured
Books:

State of Emergency: How We Win in the Country We Built (Hardcover)