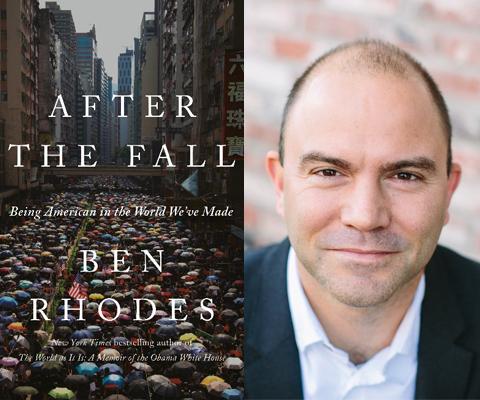 St. Louis County Library, HEC Media, and Left Bank Books present Ben Rhodes, "After the Fall: Being American in the World We’ve Made."

The bestselling author of “The World As We Know It” and co-host of Pod Save the World asks: Why is Democracy so threatened in America and around the world? In 2017, as former White House aide Ben Rhodes was helping Barack Obama begin his next chapter, the legacy they had worked to build for eight years was being taken apart. To understand what was happening in America, Rhodes decided to look outward. Over the next three years, he traveled to dozens of countries, meeting with politicians, activists, and dissidents confronting the same nationalism and authoritarianism that was tearing America apart. Part memoir and part reportage, “After the Fall” is a hugely ambitious and essential work of discovery.

This event is presented by the St. Louis County Library. For more information, please call 314-994-3300.

After the Fall: Being American in the World We've Made (Hardcover)