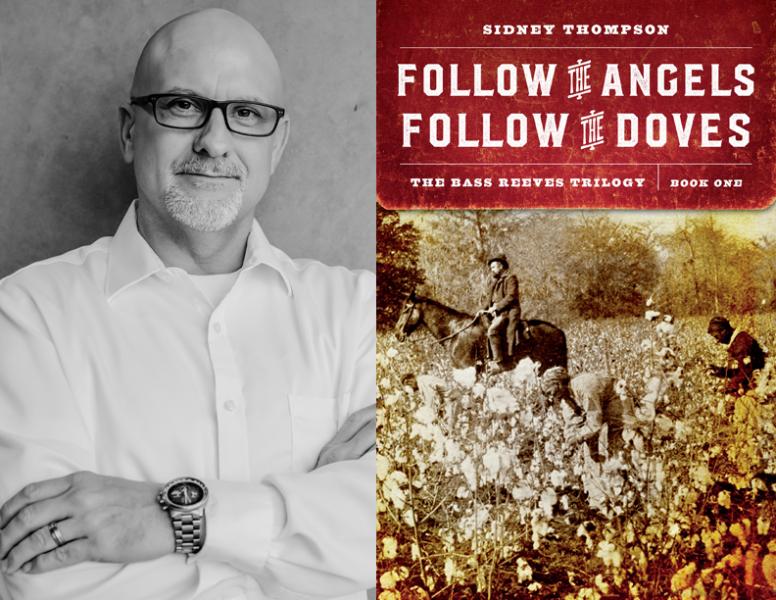 Following recommendations from the CDC, we regret that this event is POSTPONED.

Follow the Angels, Follow the Doves is an origin story in the true American tradition. Before Bass Reeves could stake his claim as the most successful nineteenth century American lawman, arresting more outlaws than any other deputy during his thirty two year career as a deputy U.S. marshal in some of the most dangerous regions of the Wild West, he was a slave. After a childhood picking cotton, he became an expert marksman under his master’s tutelage, winning shooting contests throughout the region. His skill had serious implications, however, as the Civil War broke out. Reeves was given to his master’s mercurial, sadistic, Moby Dick quoting son in the hopes that Reeves would keep him safe in battle. The ensuing humiliation, love, heroics, war, mind games, and fear solidified Reeves’s determination to gain his freedom and drew him one step further on his fated path to an illustrious career.

Follow the Angels, Follow the Doves is an important historical work that places Reeves in the pantheon of American heroes and a thrilling historical novel that narrates a great man’s exploits amid the near mythic world of the nineteenth century frontier.

Sidney Thompson holds an MFA in creative writing from the University of Arkansas and a Ph.D. in American literature/African-American narratives from the University of North Texas. He is the author of You/Wee: Poems from a Father (2018) and Sideshow, winner of Foreword Magazine’s Silver Award for Short Story Collection of the Year (2006). His fiction, twice nominated for the Pushcart Prize, has appeared in numerous literary journals and anthologies, such as Atticus Review, The Carolina Quarterly, Cleaver Magazine, The Cortland Review, Grey Sparrow Journal, Prick of the Spindle, R.kv.r.y. Quarterly Literary Journal, The Southern Review, Stories from the Blue Moon Café (Volumes 1 & 2), storySouth, Writing Texas, and Waxwing Literary Journal. He grew up in Memphis, Tennessee, and now teaches creative writing and African-American literature at Texas Christian University in Fort Worth.

This event is free and open to the public, but proof of purchase of Follow The Angels, Follow The Doves from Left Bank Books will be required to enter the signing line.