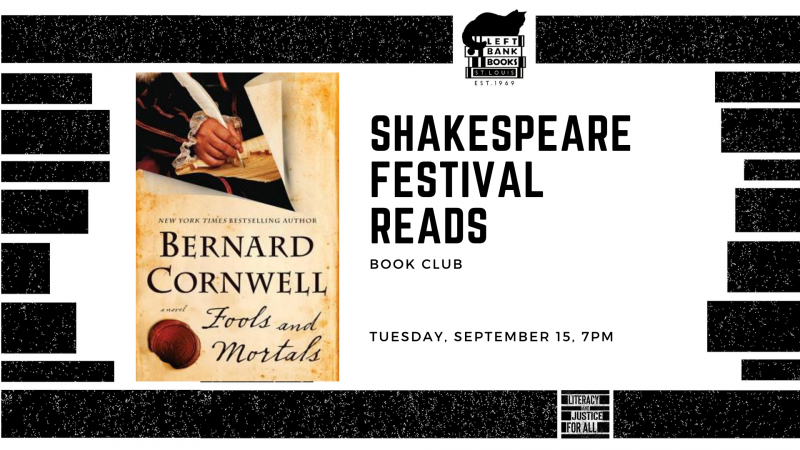 Join Shakespeare Festival Reads for a reading group discussion of Fools and Mortals, by Bernard Cornwell.

Get Fools and Mortals for 20% off by phone and online during the months of August and September!

Fools and Mortals: A Novel (Paperback)