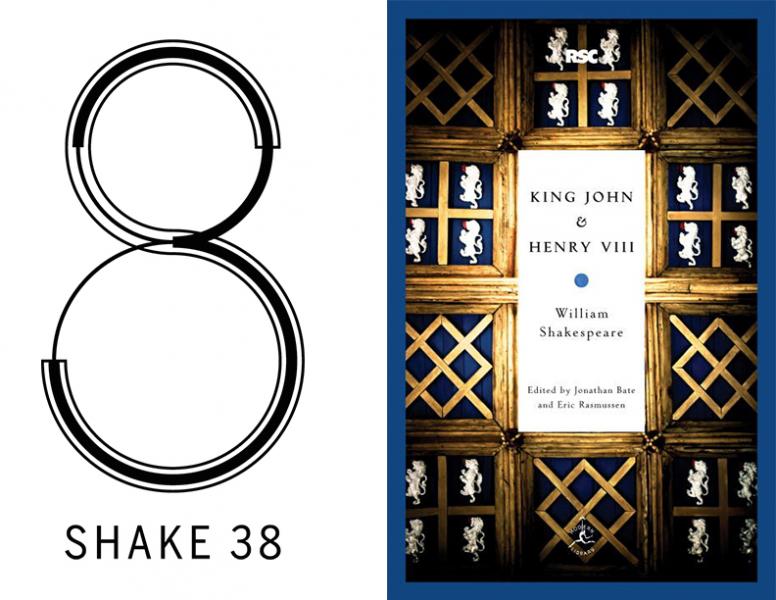 The Magnificoes! present a staged reading of The Life and Death of King John by William Shakespeare. Join us at 7:00pm on Friday, April 20th as we read for you the best parts of King John.

The Magnificoes! are interested and interesting folks who gather once a month to talk plays, poems, criticism, history, and fiction! The group began in May of 2012 just in time for that year’s production of Othello #InTheGlen by Shakespeare Festival St. Louis. Our long-term goal is to read all of the plays in the canon (38 of them) while enjoying the many creative works written that illuminate, complicate, and build on them. By December, we’ll have read 28 of the plays; our plan is to finish the canon in 2020.

This story of accidents, betrayals, and failed diplomacy gives us flawed leaders, cunning women, and constant reversals of fortune in the grand tapestry of British and French histories. Never fear, there is little fact and much entertainment here. We’ve honed it down to under an hour and kept only the best parts to share.

“Be great in act as you have been in thought:
Let not the world see fear and sad distrust
Govern the motion of a kingly eye:
Be stirring as the time, be fire with fire,
Threaten the threat’ner and outface the brow
Of bragging horror: so shall inferior eyes,
That borrow their behaviours from the great,
Grow great by your example, and put on
The dauntless spirit of resolution.”

This event is presented as part of Shakespeare Festival St. Louis’ SHAKE 38, a free, five-day community marathon of Shakespeare’s 38 plays. For more information and a full schedule, visit www.sfstl.com.