Left Bank Books, Anderson's Bookshop, Boswell Books, and McLean and Eakin Bookstore welcome bestselling author
Sebastian Junger,
who will discuss his new book
Freedom,
on June 7th at 7pm CT in a private online event.
Sebastian will be in conversation with award winning author and reporter
Sarah Chayes.
This is an exclusive event that requires purchase of a copy of
Freedom
from Left Bank Books for admission or a $5 admission ticket.
Note: Ticket purchasers will receive the email with the link to join the private online event the DAY OF the event.

A profound rumination on the concept of freedom from the New York Times bestselling author of Tribe.

Throughout history, humans have been driven by the quest for two cherished ideals: community and freedom. The two don't coexist easily. We value individuality and self-reliance, yet are utterly dependent on community for our most basic needs. In this intricately crafted and thought-provoking book, Sebastian Junger examines the tension that lies at the heart of what it means to be human.

For much of a year, Junger and three friends--a conflict photographer and two Afghan War vets--walked the railroad lines of the East Coast. It was an experiment in personal autonomy, but also in interdependence. Dodging railroad cops, sleeping under bridges, cooking over fires, and drinking from creeks and rivers, the four men forged a unique reliance on one another.

In Freedom, Junger weaves his account of this journey together with primatology and boxing strategy, the history of labor strikes and Apache raiders, the role of women in resistance movements, and the brutal reality of life on the Pennsylvania frontier. Written in exquisite, razor-sharp prose, the result is a powerful examination of the primary desire that defines us.

Sebastian Junger is the New York Times bestselling author of Tribe, War, A Death in Belmont, Fire, and The Perfect Storm, and co-director of the documentary film Restrepo, which was nominated for an Academy Award. He is also the winner of a Peabody Award and the National Magazine Award for Reporting. He lives in New York City with his family. 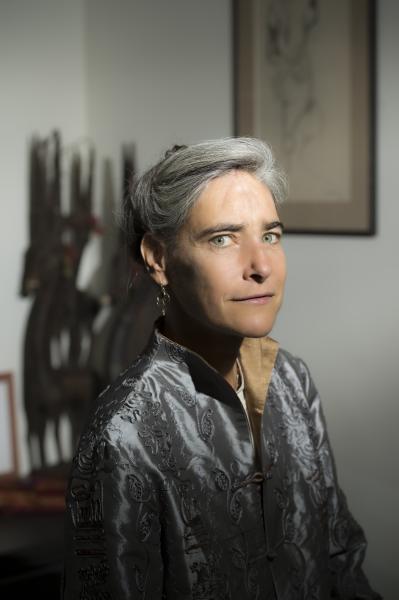 Sarah Chayes’s remarkable trajectory has led from reporting from Paris for National Public Radio to a decade on the ground in Afghanistan, including service to two commanders of the international forces there and to Chairman of the Joint Chiefs of Staff Mike Mullen.
Internationally renowned for her innovative thinking on corruption and its implications, she has probed its workings on five continents – and most recently the United States. Here as elsewhere, she has found, systemic corruption lies behind many crises: violent ideological extremism, environmental devastation, popular uprisings. She is the author of The Punishment of Virtue: Inside Afghanistan After the Taliban, Thieves of State: Why Corruption Threatens Global Security, a 2016 L.A. Times Book Prize winner, and On Corruption in America – And What Is at Stake. She lives in Paw Paw, WV.

You may purchase a copy of Freedom or a $5 admission ticket from Left Bank Books online or by phone. You must provide an email address to be invited to the private online event. If you have purchased either the book or ticket from Left Bank, you will receive an email event reminder a few days prior to the event. You will receive the email with the link to join the private online event the DAY OF the event.

On Corruption in America: And What Is at Stake (Hardcover)