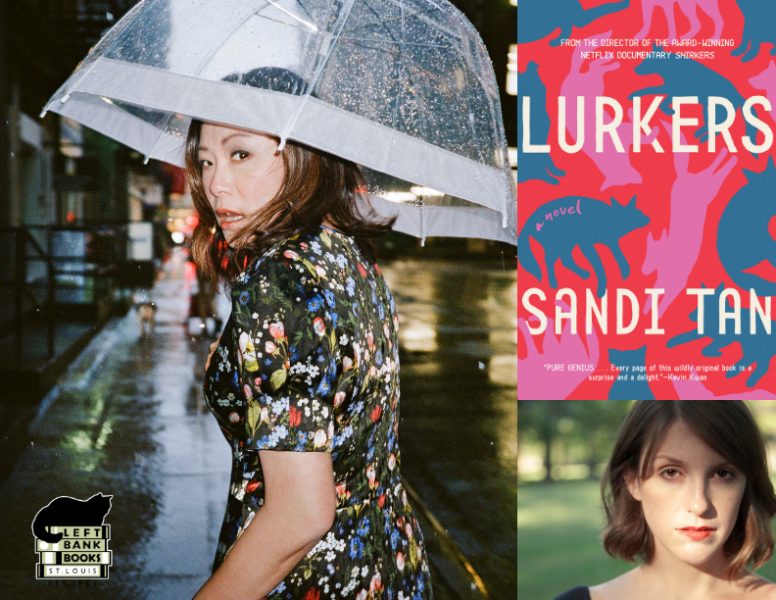 “How is Lurkers simultaneously hilarious and horrifying? I’ll tell you how: PURE GENIUS. Sandi Tan populates Santa Claus Lane, her leafy corner of suburban LA, with such viscerally original characters that I found myself laughing at their outrageousness while nodding at their familiar humanity. Every page of this wildly original book is a surprise and a delight.” —Kevin Kwan, bestselling author of Crazy Rich Asians

“Lurkers is a heartbreaking delight. The intricately woven stories and characters here are funny and horrifying, weird and wise. I tore through this novel—Tan is a visionary with an imagination I would follow anywhere.” —Kate Elizabeth Russell, author of My Dark Vanessa

Sandi Tan was born in Singapore and has an MFA in screenwriting from Columbia University. She directed the 2018 Netflix film Shirkers, which won a Directing Award at the Sundance Film Festival, was named Best Documentary of 2018 by the Los Angeles Film Critics Association, and was shortlisted for the 2019 Oscar for Best Documentary. The Black Isle was her debut novel. She will be directing her film adaptation of Elif Batuman’s novel The Idiot. She lives in Los Angeles.