Left Bank Books Presents: Saeed Jones - How We Fight for Our Lives 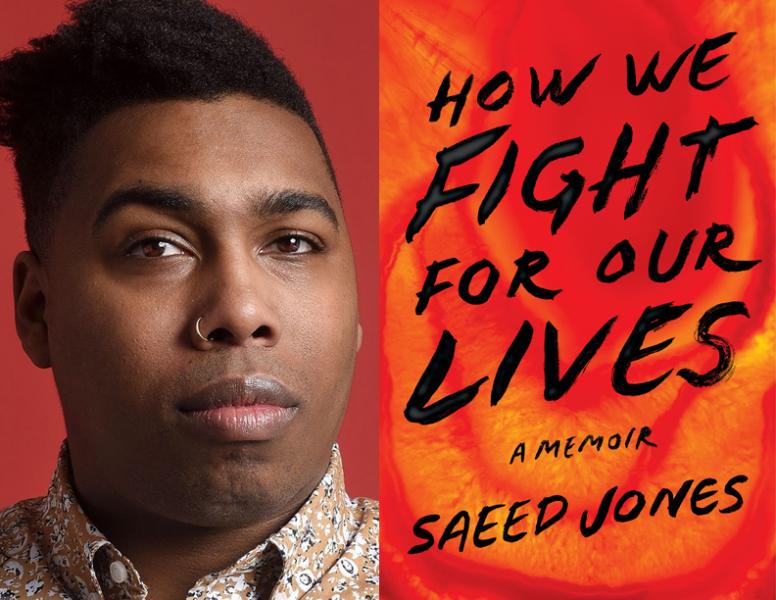 Left Bank Books presents award-winning poet Saeed Jones, who will sign and discuss his stunning coming-of-age memoir written at the crossroads of sex, race, and power, How We Fight For Our Lives.

Haunted and haunting, Jones’s memoir tells the story of a young, black, gay man from the South as he fights to carve out a place for himself, within his family, within his country, within his own hopes, desires, and fears. Through a series of vignettes that chart a course across the American landscape, Jones draws readers into his boyhood and adolescence—into tumultuous relationships with his mother and grandmother, into passing flings with lovers, friends and strangers. Each piece builds into a larger examination of race and queerness, power and vulnerability, love and grief: a portrait of what we all do for one another—and to one another—as we fight to become ourselves.

Blending poetry and prose, Jones has developed a style that is equal parts sensual, beautiful, and powerful—a voice that’s by turns a river, a blues, and a nightscape set ablaze. HOW WE FIGHT FOR OUR LIVES is a one of a kind memoir and a book that cements Saeed Jones as an essential writer for our time.

"How We Fight for Our Lives is a coming-of-age story, it is a love letter to a black single mother, it is an indictment of our culture that creates so little space for gay men to learn how to be who they truly are. Most of all, this memoir is a rhapsody in the truest sense of the word, fragments of epic poetry woven together so skillfully, so tenderly, so brutally, that you will find yourself aching in the way only masterful writing can make a person ache. How We Fight for Our Lives is that rare book that will show you what it means to be needful, to be strong, to be gloriously human and fighting for your life.” —Roxane Gay, author of Hunger

Saeed Jones is the author of Prelude to Bruise, winner of the 2015 PEN/Joyce Osterweil Award for Poetry and the 2015 Stonewall Book Award/Barbara Gittings Literature Award. The poetry collection was also a finalist for the 2015 National Book Critics Circle Award, as well as awards from Lambda Literary and the Publishing Triangle in 2015. Jones is a co-host of BuzzFeed’s morning show, AM to DM, and previously served as BuzzFeed’s LGBT editor and Culture editor. Jones was born in Memphis, Tennessee, and grew up in Lewisville, Texas. He earned a BA at Western Kentucky University and an MFA at Rutgers University-Newark. He lives in New York City and tweets @TheFerocity.

How We Fight for Our Lives: A Memoir (Hardcover)

When the Only Light Is Fire (Paperback)