Philip Kennicott - Counterpoint: A Memoir of Bach and Mourning 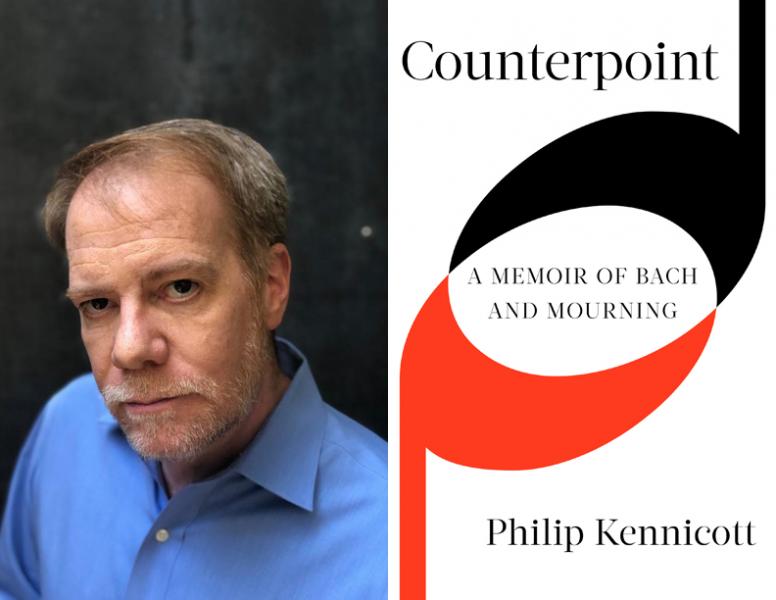 Webster University presents Pulitzer-Prize-winning culture critic for the Washington Post and a former Post-Dispatch writer and editor, Philip Kennicott, who will discuss his memoir on greif and Bach, Counterpoint.

While his mother was dying from cancer, Kennicott began to listen to Bach’s music obsessively, finding that it enabled him both to experience her death and remove himself from it. As he recovered from losing his mother he resolved to learn one of Bach’s most extraordinarily challenging keyboard compositions, the Goldberg Variations, known for their interdependent “counterpoint” melodies that merge into one rich harmony. In Counterpoint, Kennicott echoes Bach’s structuring with contrapuntal chapters that alternate between the story of his turbulent relationship with his mother—a difficult, abusive woman who was never satisfied with her circumscribed role in life—and the ups and downs of his seven-year-long attempt to master Bach’s composition. The result is a hauntingly beautiful memoir that counterbalances personal grief with transcendent music.

“An approachable, uniquely thoughtful rumination on a range of musical topics, from the unrelenting demands of musical practice and performance to the mysterious and fraught dynamic between parent and child....Recommended for anyone with an ear for classical music and an interest in biography.”
—Booklist (starred review)

Philip Kennicott, author of Counterpoint: A Memoir of Bach and Mourning (Norton), is the Pulitzer Prize-winning Senior Art and Architecture Critic of The Washington Post. He is also a two-time Pulitzer finalist (for editorial writing in 2000 and criticism in 2012), a former contributing editor to The New Republic, and a regular contributor to Opera News and Gramophone. His 2015 essay, “Smuggler” was a finalist for the National Magazine Award and anthologized in that year’s volume of “Best American Essays.” He lives in Washington, D.C.

Philip Kennicott is speaking in Sverdrup Room 101. Sverdrup is building #28 on this campus map.

Parking is available in the garage on Garden Ave. For questions and additional information contact wrosenbl@webster.edu

Counterpoint: A Memoir of Bach and Mourning (Hardcover)