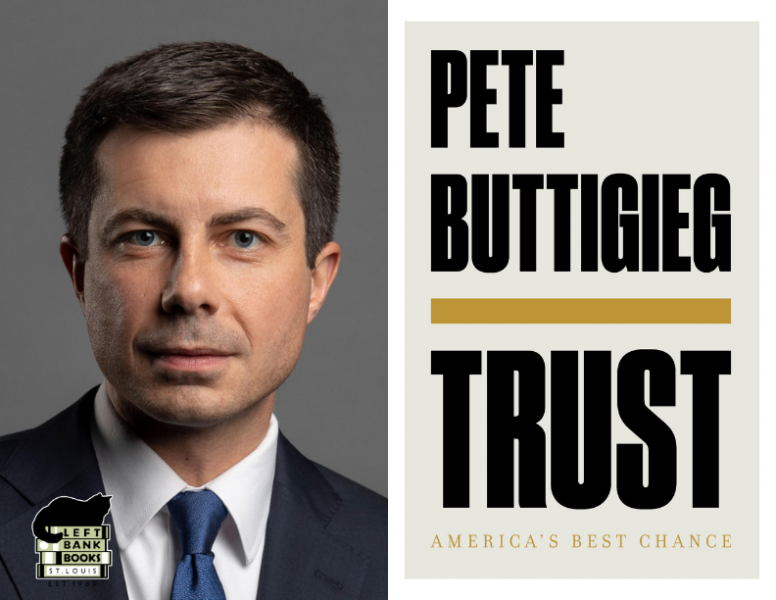 Join Pete Buttigieg and special guests for a timely discussion about the unique challenges of the decades ahead.

Buttigieg, the former presidential candidate and South Bend mayor, provides an urgent call to foster an “American way of trust” at this painfully polarized juncture and to inspire Americans to build a powerful movement that will define us in the years to come.

In a century warped by terrorism, financial collapse, Trumpist populism, systemic racism, and now a global pandemic, trust has been squandered, sacrificed, abused, stolen, or never properly built in the first place. And now, more so than ever before, Americans must work side by side to reckon with the monumental challenges posed by our present moment.

Every ticket includes a copy of TRUST: America’s Best Chance by Pete Buttigieg, sold and shipped by an indie bookstore. Buy your ticket through the link and click on Left Bank Books as the bookstore you would like to support.

If you are unable to attend, but would like to support Pete and Left Bank Books, you can purchase a book here.

Pete Buttigieg served as the two-term mayor of South Bend, Indiana and was a Democratic candidate for president of the United States in 2020. A graduate of Harvard University and an Oxford Rhodes Scholar, Buttigieg enlisted in the U.S. Navy Reserve and became a lieutenant when he was deployed to Afghanistan in 2014. In April 2019 he announced his candidacy for president and in February 2020, he won the Iowa Caucuses, becoming the first openly gay person to ever win a presidential primary or caucus. He and his husband, Chasten Buttigieg, live in South Bend with their rescue dogs Buddy and Truman.