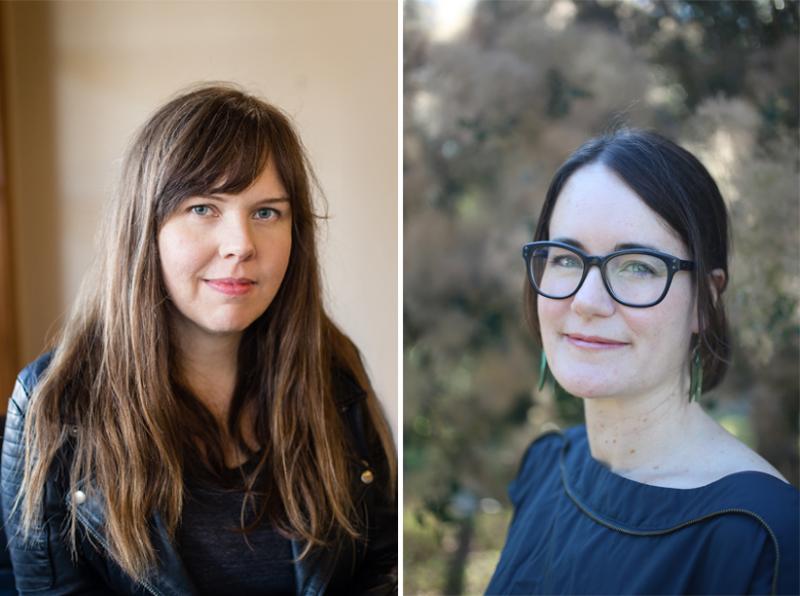 Lindenwood University welcomes authors TaraShea Nesbit and Shena McAullife, who will host a craft talk on the art of writing historical fiction!

TaraShea Nesbit the author of The Wives of Los Alamos, which was a finalist for the PEN/Bingham Prize and a New York Times Editors’ Choice, among other accolades. Her second novel, Beheld, about the arrival of the Mayflower passengers, will be published in early 2020.  Her essays have been featured in Granta, Ninth Letter, The Guardian, Fourth Genre, Salon, Quarterly West, and elsewhere. She is an Assistant Professor at Miami University.

Shena McAuliffe's stories and essays have appeared in Conjunctions, Alaska Quarterly Review, Gulf Coast, Black Warrior Review, Better: Culture and Lit, and elsewhere. Her debut novel, The Good Echo, won the 2017 Big Moose Prize and will be published by Black Lawrence Press in late 2018. She holds an MFA in Fiction Writing from Washington University in St. Louis and  a PhD in Literature and Creative Writing from the University of Utah. A former R.P. Dana Emerging Writer Fellow at Cornell College, she is an Assistant Professor of Fiction at Union College in Schenectady, New York.

This event is presented by Lindenwood University. For more information, please call 363-949-4536.

The Wives of Los Alamos (Paperback)