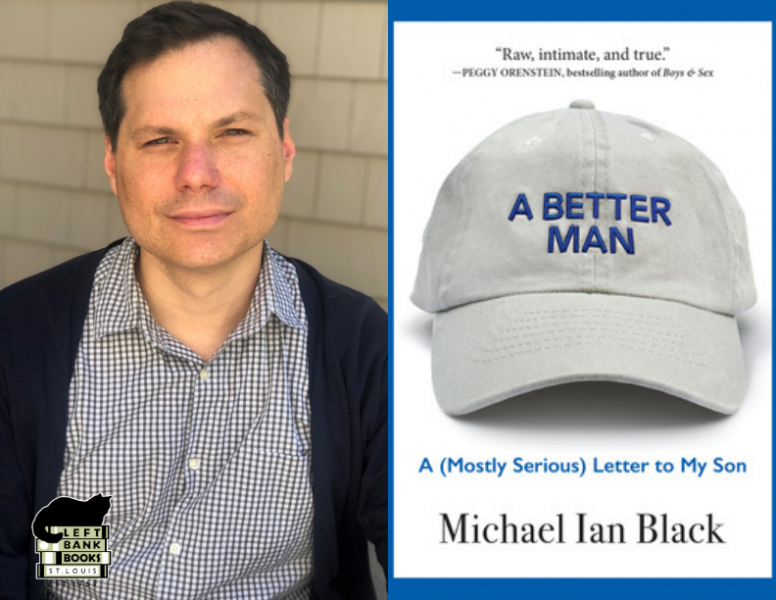 A poignant look at boyhood, in the form of a heartfelt letter from comedian Michael Ian Black to his teenage son before he leaves for college, and a radical plea for rethinking masculinity and teaching young men to give and receive love.

In a world in which the word masculinity now often goes hand in hand with toxic, comedian, actor, and father Michael Ian Black offers up a way forward for boys, men, and anyone who loves them. Part memoir, part advice book, and written as a heartfelt letter to his college-bound son, A Better Man reveals Black’s own complicated relationship with his father, explores the damage and rising violence caused by the expectations placed on boys to “man up,” and searches for the best way to help young men be part of the solution, not the problem. “If we cannot allow ourselves vulnerability,” he writes, “how are we supposed to experience wonder, fear, tenderness?”

Honest, funny, and hopeful, Black skillfully navigates the complex gender issues of our time and delivers a poignant answer to an urgent question: How can we be, and raise, better men?

“Raw, intimate, and true . . . A Better Man cracked me wide open, and it’s a template for the conversation we need to be having with our boys.” —Peggy Orenstein, bestselling author of Boys & Sex

“I think about the subject matter of Michael Ian Black's new book all the time. As a parent of both boys and girls, I find myself rebuffing the gender-based cultural assumptions that are foisted on them more frequently than I could have ever imagined. Thank you Michael Ian Black for challenging society's antiquated approach to raising boys, and deepening the conversation about what we actually want for our kids. Sir, you are a good egg.” —Samantha Bee, host of Full Frontal with Samantha Bee

Michael Ian Black is an actor, comedian, and writer who started his career with the sketch comedy show The State, on MTV, and has created and starred in many other television shows. Movie appearances include Wet Hot American Summer, The Baxter, and Sextuplets. Black is the author of several books for children, including the award-winning I’m Bored, I’m Sad, and I’m Worried, and the parody A Child’s First Book of Trump. His books for adults include the memoirs You’re Not Doing It Right and Navel Gazing, and the essay collection My Custom Van. Black also co-authored with Meghan McCain America, You Sexy Bitch. As a stand-up comedian, Michael regularly tours the country, and he has released several comedy albums. His podcasts include Mike & Tom Eat Snacks, with Tom Cavanagh; Topics, with Michael Showalter; How to Be Amazing; and Obscure. He lives in Connecticut with his wife and two children.

A Better Man: A (Mostly Serious) Letter to My Son (Hardcover)