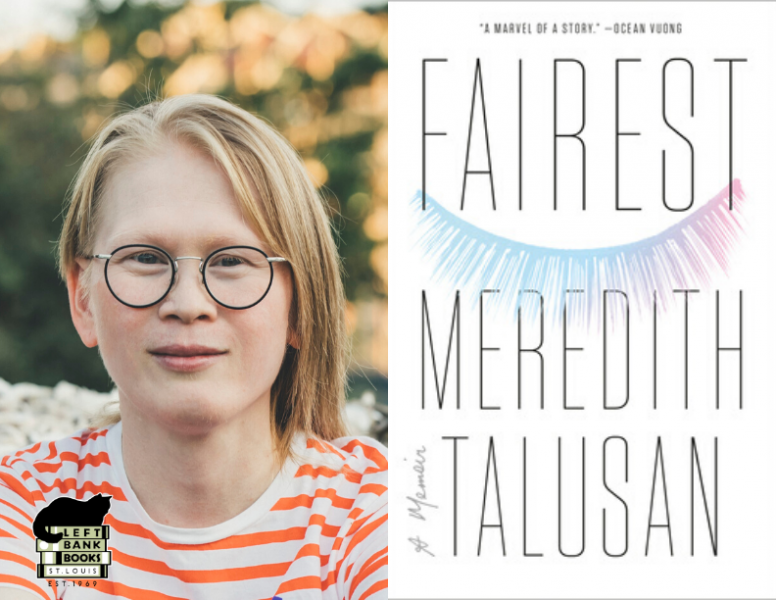 Left Bank Books welcomes award-winning author Meredith Talusan, who will discuss her memoir, Fairest, on Facebook Live at 7pm CST on June 25. Talusan will be in conversation with Precious Davis. Join us on our Facebook Page and order a copy of Fairest from Left Bank Books to support authors and independent bookstores!

A singular, beautifully written coming-of-age memoir of a Filipino boy with albinism whose story travels from an immigrant childhood to Harvard to a gender transition and illuminates the illusions of race, disability, and gender

Fairest is a memoir about a precocious boy with albinism, a "sun child" from a rural Philippine village, who would grow up to become a woman in America. Coping with the strain of parental neglect and the elusive promise of U.S. citizenship, Talusan found childhood comfort from her devoted grandmother, a grounding force as she was treated by others with special preference or public curiosity. As an immigrant to the United States, Talusan came to be perceived as white. An academic scholarship to Harvard provided access to elite circles of privilege but required Talusan to navigate through the complex spheres of race, class, sexuality, and her place within the gay community. She emerged as an artist and an activist questioning the boundaries of gender. Talusan realized she did not want to be confined to a prescribed role as a man, and transitioned to become a woman, despite the risk of losing a man she deeply loved. Throughout her journey, Talusan shares poignant and powerful episodes of desirability and love that will remind readers of works such as Call Me By Your Name and Giovanni's Room. Her evocative reflections will shift our own perceptions of love, identity, gender, and the fairness of life.

"Talusan sails past the conventions of trans and immigrant memoirs." --The New York Times Book Review

"A marvel of a story wrought with near-archeological precision and deep inquiry into history, hope, joy and human redemption. An artist's statement that offers new ways to think and feel in bodies cast ashore, Fairest is a ball of light hurled into the dark undertow of migration and survival. It is also funny, utterly alive, and fashioned with care and hope."--Ocean Vuong, author of On Earth We're Briefly Gorgeous

"Fairest is a powerful panoptic memoir which frames the totality of a life being lived, not just the fractions of it. It's a love story, a queer story, an immigrant story, an American story, a coming of age story--a revolutionary story. A most necessary and important book in a world which aims to other us from not just who we are, but who we are meant to become." --Amber Tamblyn, author of Era of Ignition

Meredith Talusan is an award-winning author and journalist who is the founding executive editor of them.,Condé Nast's LGBTQ+ digital platform, where she is now a contributing editor. She has contributed to other books, including the New York Times bestseller Not That Bad (edited by Roxane Gay), Nasty Women, and Burn It Down. She writes frequently for The New York Times, The Guardian, The Atlantic, WIRED, Condé Nast Traveller, and many other publications. She lives in the Western Catskills with her spouse and rescue mutt.

Precious Brady-Davis is a true renaissance woman for the ages. As a native Nebraskan she has never lost her Midwestern charm. Lauded internationally as an award winning diversity advocate, communications professional and public speaker she currently serves as the Regional Communications Manager for the Central Region of the Beyond Coal Campaign at Sierra Club. With over 15 years of experience in nonprofit administration, leadership development, and public relations, Precious is a dynamic speaker and panelist who has been featured at numerous universities and events. 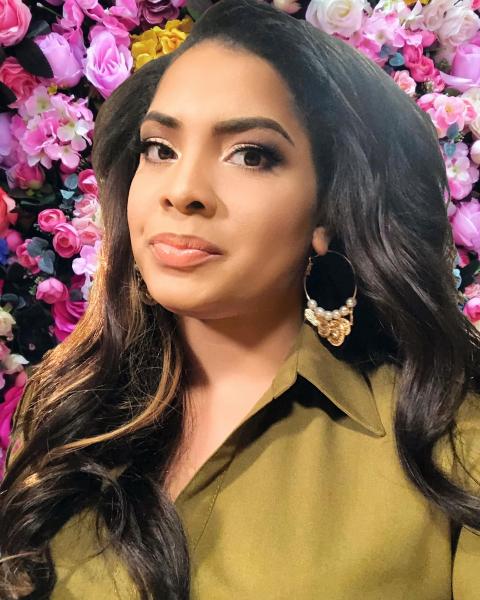 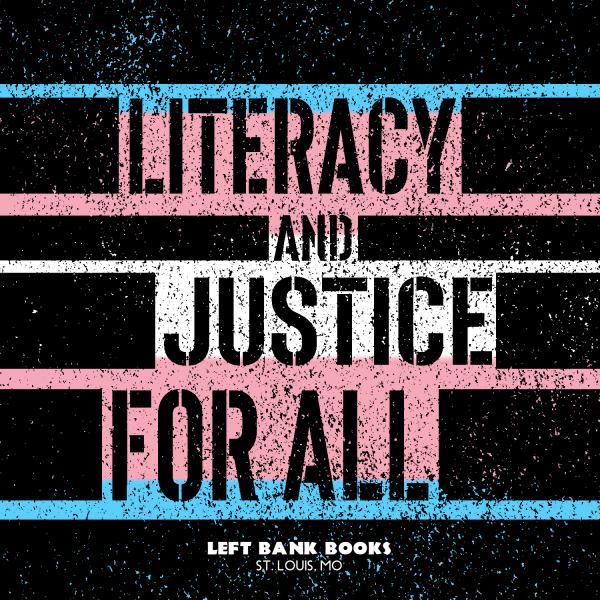