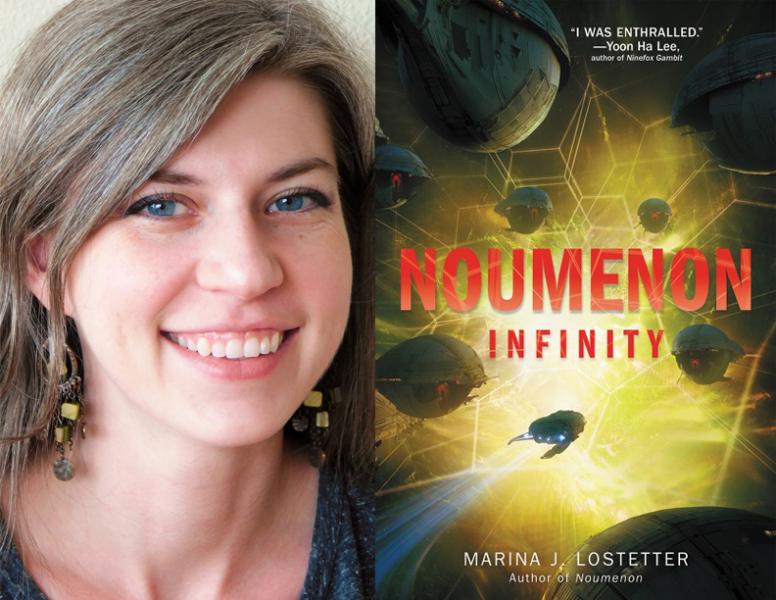 Generations ago, Convoy Seven and ICC left Earth on a mission that would take them far beyond the solar system. Launched by the Planet United Consortium, a global group formed to pursue cooperative Earth-wide interests in deep space, nine ships headed into the unknown to explore a distant star called LQ Pyx. Eons later, the convoy has returned to LQ Pyx to begin work on the Web, the alien megastructure that covers the star. Is it a Dyson Sphere, designed to power a civilization as everyone believes—or something far more sinister? Travel to the remotest reaches of deep space in this wondrous follow-up to the acclaimed Noumenon—a tale of exploration, adventure, science, and humanity.

“A novel that was anything less than stellar would be an especially disappointing follow-up to the brilliant Noumenon, but Lostetter has achieved that and much more . . . Sci-fi action and adventure held together by universally human themes; this is the genre at its very best.” —Kirkus Reviews (starred review)

This event is free and open to the public, but proof of purchase of Noumenon Infinity or Noumenon from Left Bank Books will be required to enter the signing line. Click the titles to pre-order your copy!

Thomas K. Carpenter writes in diverse genres including: contemporary fantasy, YA dystopia, post-cyberpunk sci-fi, historical fantasy, and alternate history.  The newest book in his Hundred Halls universe, his bestselling series about a magical university, is called The Reluctant Assassin.  He lives in St. Louis with his wife, two kids, and one adorably tiny dog named Loki.