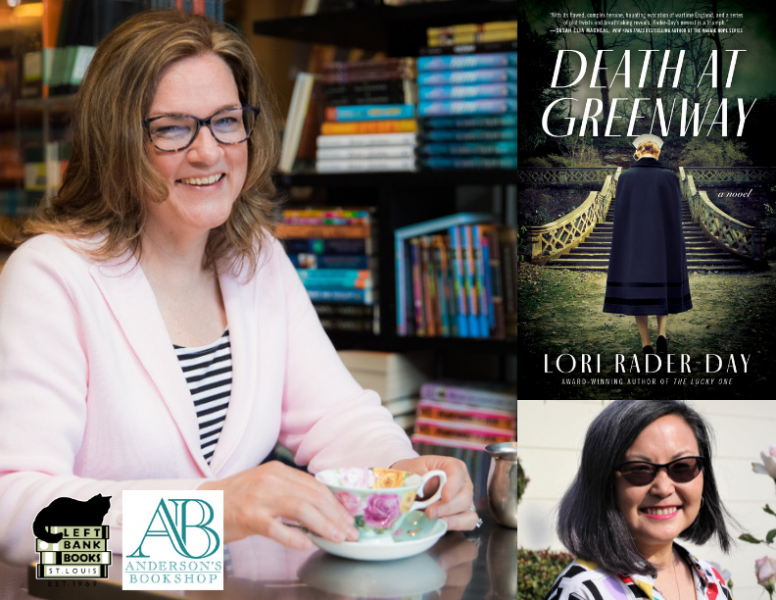 Left Bank Books & Anderson's Bookshop welcomes award-winning author
Lori Rader-Day,
who will discuss her new historical mystery
Death at Greenway,
on our Facebook Live Page at 7:30pm CT on October 13th.
Rader-Day will be in conversation with Edgar Award winning author
Naomi Hirahara.
Join us on our Facebook Live Page and order a copy of
Death at Greenway & Clark and Division
from Left Bank Books to support authors and independent bookstores!
Special cocktails (and recipes so you can make at home) are shared below, for signature drinks for both books created by Left Bank Books' Event Coordinator Shane Mullen! 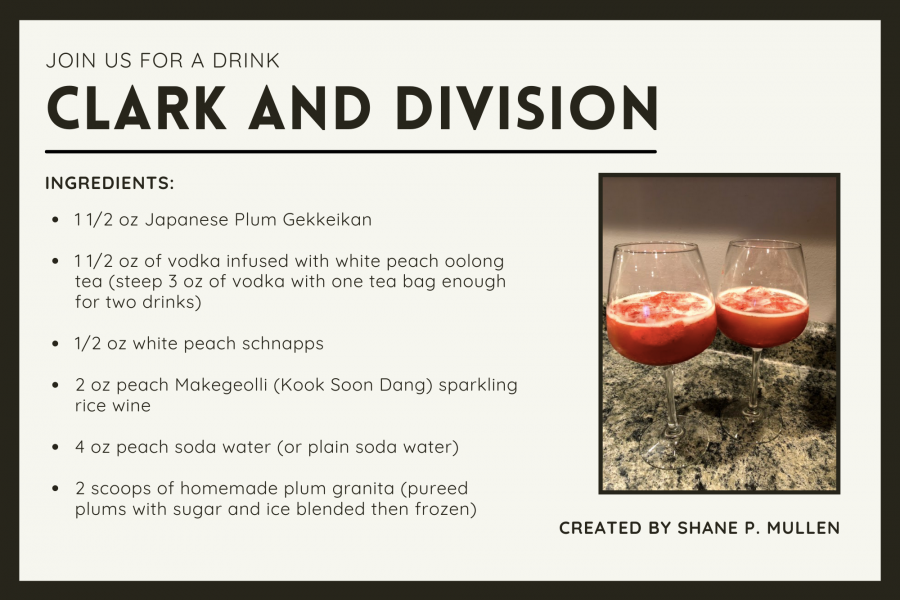 About Death at Greenway

From the award-winning author of The Day I Died and The Lucky One, a captivating suspense novel about nurses during World War II who come to Agatha Christie's holiday estate to care for evacuated children, but when a body is discovered nearby, the idyllic setting becomes host to a deadly mystery.

Bridey Kelly has come to Greenway House--the beloved holiday home of Agatha Christie--in disgrace. A terrible mistake at St. Prisca's Hospital in London has led to her dismissal as a nurse trainee, and her only chance for redemption is a position in the countryside caring for children evacuated to safety from the Blitz.

Greenway is a beautiful home full of riddles: wondrous curios not to be touched, restrictions on rooms not to be entered, and a generous library, filled with books about murder. The biggest mystery might be the other nurse, Gigi, who is like no one Bridey has ever met. Chasing ten young children through the winding paths of the estate grounds might have soothed Bridey's anxieties and grief--if Greenway were not situated so near the English Channel and the rising aggressions of the war.

When a body washes ashore near the estate, Bridey is horrified to realize this is not a victim of war, but of a brutal killing. As the local villagers look among themselves, Bridey and Gigi discover they each harbor dangerous secrets about what has led them to Greenway. With a mystery writer's home as their unsettling backdrop, the young women must unravel the truth before their safe haven becomes a place of death . . .

"Death at Greenway is a book Lori Rader-Day was born to write. The characters are deeply moving, the suspense and World War II research are impeccable. The language, as is always the case with Rader-Day, is beautiful, but in Greenway, she shows her suppleness: her pitch-perfect dialogue brings England in the Blitz to life."-- Sara Paretsky, New York Times bestselling author of Dead Land

"One of crime fiction's strongest and most compelling voices."-- Alex Segura, acclaimed author of Blackout and Dangerous Ends

Lori Rader-Day is the author of Death at Greenway, The Lucky One, Under a Dark Sky, The Day I Died, Little Pretty Things, and The Black Hour. She is a three-time Mary Higgins Clark Award nominee, winning the award in 2016. Lori lives in Chicago.

Naomi Hirahara is the Edgar Award-winning author of the Mas Arai mystery series, including Summer of the Big Bachi, which was a Publishers Weekly Best Book of the Year and one of Chicago Tribune's Ten Best Mysteries and Thrillers; Gasa Gasa Girl; Snakeskin Shamisen; and Hiroshima Boy. She is also the author of the LA-based Ellie Rush mysteries. A former editor of The Rafu Shimpo newspaper, she has co-written non-fiction books like Life after Manzanar and the award-winning Terminal Island: Lost Communities of Los Angeles Harbor. The Stanford University alumna was born and raised in Altadena, CA; she now resides in the adjacent town of Pasadena, CA.

Death at Greenway: A Novel (Paperback)

The Lucky One: A Novel (Paperback)

Under a Dark Sky: A Novel (Paperback)