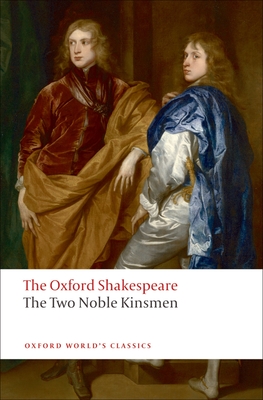 Get Two Noble Kinsmen for 20% off by phone and online during the months of September and October!

Based on Chaucer's Knight's Tale, The Two Noble Kinsmen was written at the end of Shakespeare's career, as a collaboration with the rising young dramatist John Fletcher. Neglected until recently by directors and teachers, the play deserves to be better known for its moving dramatization of the conflict of love and friendship. This new edition, compiled by distinguished scholar Eugene M. Waith, offers helpful new material on the play's authenticity as a work of Shakespeare, his collaboration with Fletcher, the relevance to the play of the contemporary ideals of chivalry and friendship, and its limited but increasing stage history. Based on the Quarto of 1634, Waith's edition also sets out to clarify the stage directions, address problems of mislineation, and provide useful guides to unfamiliar words, stage business, allusions, and textual problems.