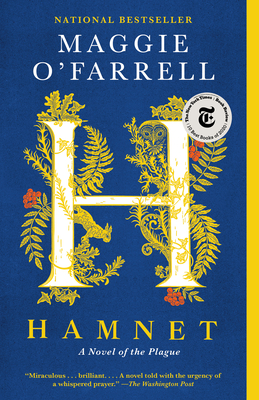 Get Hamnet for 20% off by phone and online during the months of August and September!

“Of all the stories that argue and speculate about Shakespeare’s life ... here is a novel ... so gorgeously written that it transports you." —The Boston Globe

England, 1580: The Black Death creeps across the land, an ever-present threat, infecting the healthy, the sick, the old and the young alike. The end of days is near, but life always goes on. A young Latin tutor—penniless and bullied by a violent father—falls in love with an extraordinary, eccentric young woman. Agnes is a wild creature who walks her family’s land with a falcon on her glove and is known throughout the countryside for her unusual gifts as a healer, understanding plants and potions better than she does people. Once she settles with her husband on Henley Street in Stratford-upon-Avon, she becomes a fiercely protective mother and a steadfast, centrifugal force in the life of her young husband, whose career on the London stage is just taking off when his beloved young son succumbs to sudden fever.