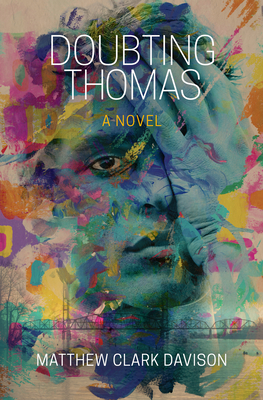 Join the Gay Men's Reading Group for a discussion of Doubting Thomas: A Novel by Matthew Clark Davison.

Thomas McGurrin is a fourth-grade teacher and openly gay man at a private primary school serving Portland, Oregon's wealthy progressive elite when he is falsely accused of inappropriately touching a male student. The accusation comes just as Thomas is thrust back into the center of his unusual family by his younger brother's battle with cancer. Although cleared of the accusation, Thomas is forced to resign from a job he loves during a potentially life-changing family drama.

Davison's novel explores the discrepancy between the progressive ideals and persistent negative stereotypes among the privileged regarding social status, race, and sexual orientation and the impact of that discrepancy on friendships and family relations.

By turns rueful, humorous, angry, and wise, Doubting Thomas marks the debut of an important writer.