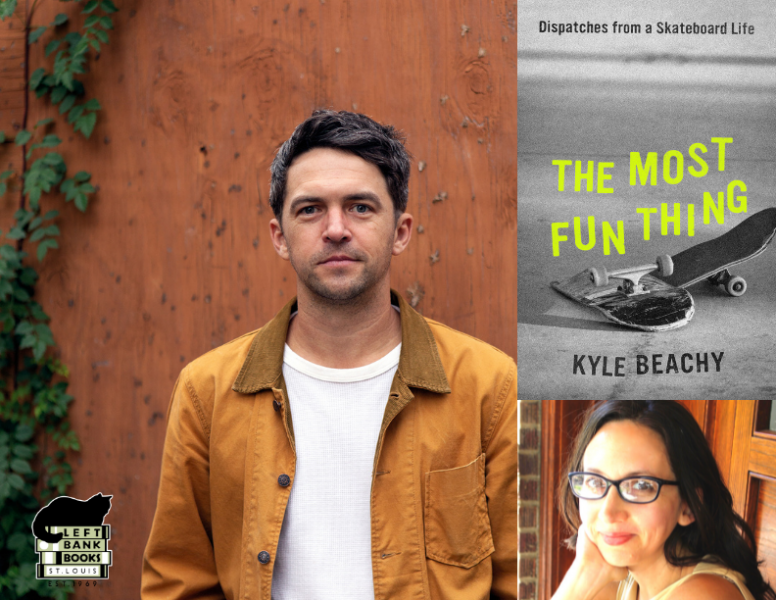 Perfect for fans of Barbarian Days, this memoir in essays follows one man's decade-long quest to uncover the hidden meaning of skateboarding, and explores how this search led unexpectedly to insights on marriage, love, loss, American invention, and growing old.

In January 2012, creative writing professor and novelist Kyle Beachy published one of his first essays on skate culture, an exploration of how Nike's corporate strategy successfully gutted the once-mighty independent skate shoe market. Beachy has since established himself as skate culture's freshest, most illuminating, at times most controversial voice, writing candidly about the increasingly popular and fast-changing pastime he first picked up as a young boy and has continued to practice well into adulthood.

What is skateboarding? What does it mean to continue skateboarding after the age of forty, four decades after the kickflip was invented? How does one live authentically as an adult while staying true to a passion cemented in childhood? How does skateboarding shape one's understanding of contemporary American life? Of growing old and getting married?

Contemplating these questions and more, Beachy offers a deep exploration of a pastime--often overlooked, regularly maligned--whose seeming simplicity conceals universal truths. THE MOST FUN THING is both a rich account of a hobby and a collection of the lessons skateboarding has taught Beachy--and what it continues to teach him as he struggles to find space for it as an adult, a professor, and a husband.

"Reading The Most Fun Thing is the most fun thing that this reader has done in months. Kyle Beachy knows his skateboarding, but has even more to say about urban design, literary theory, marriage, the struggle for selfhood, the long-overdue exorcism of skate culture's misogyny and bigotry, and the eternal knife fight between capitalism and community. With an omnivorous and probing intelligence, Beachy views our tattered world through the scratched fish-eye lens of a skateboarder, and finds jewels of truth hidden everywhere he looks."-- Michael Christie, author of Greenwood and If I Fall, If I Die

"A candid, funny, and sometimes damning rumination on why we skateboard. The most thought-provoking writing on skateboarding I've ever read."-- Bing Liu, director of the Oscar-nominated documentary Minding the Gap

Kyle Beachy's first novel, The Slide (Dial Press, 2009), won The Chicago Reader's Best Book by a Chicago Author reader's choice award for the year. His short fiction has appeared in journals including Fanzine, Pank, Hobart, Juked, The Collagist, 5 Chapters, and others. His writing on skateboarding has appeared in The Point, The American Reader, The Chicagoan, Free Skateboard Magazine (UK & Europe), The Skateboard Mag (US), Jenkem, Deadspin, and The Classical. He teaches at Roosevelt University in Chicago and is a co-host on the skateboarding podcast Vent City with pro skater Ryan Lay and others.

Danielle Dutton is the author of Margaret the First, SPRAWL, and Attempts at a Life. Her writing has also appeared or is forthcoming in The Paris Review, Harper's, The White Review, Fence, BOMB, and others. She is on the faculty of the writing program at Washington University in St. Louis and is co-founder and editor of the feminist press Dorothy, a publishing project.

The Most Fun Thing: Dispatches from a Skateboard Life (Hardcover)