LBB Presents ONLINE: Ken Kwapis with Cliff Froehlich - But What I Really Want to Do Is Direct 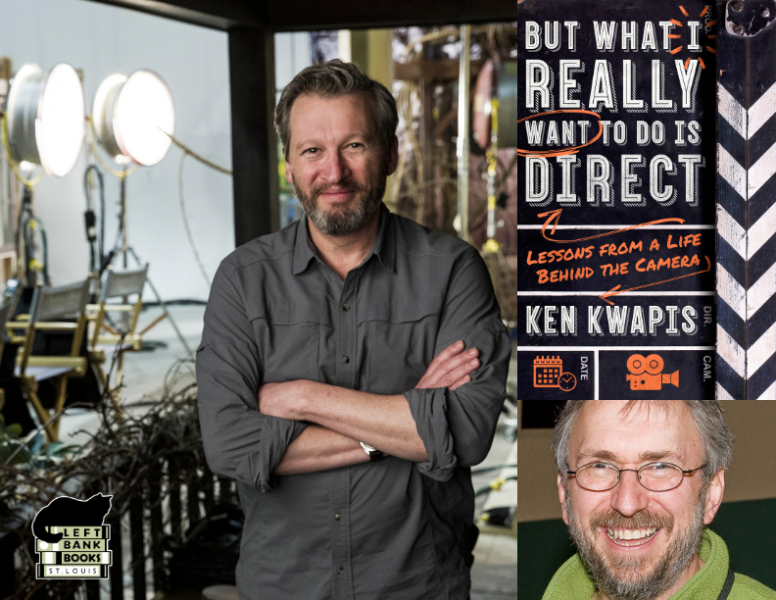 For over three decades, director Ken Kwapis has charted a career full of exceptional movies and television, from seminal shows like The Office to beloved films like He’s Just Not That Into You.

He is among the most respected directors in show business, but getting there wasn’t easy. He struggled just like everyone else. With each triumph came the occasional faceplant. Using his background and inside knowledge, But What I Really Want To Do is Direct tackles Hollywood myths through Ken’s highly entertaining experiences. It’s a rollercoaster ride fueled by brawls with the top brass, clashes over budgets, and the passion that makes it all worthwhile.

This humorous and refreshingly personal memoir is filled with inspiring instruction, behind-the-scenes hilarity, and unabashed joy. It’s a celebration of the director’s craft, and what it takes to succeed in show business on your own terms.

"Ken Kwapis always brought out the best in the actors on The Office. Whenever Ken was directing, I always felt safe to go out on a limb and take chances, knowing he had my back. Every aspiring director should read this book. (I can think of several 'professional' directors that should read it too!)" -Jenna Fischer

"A vital, magnificent manifesto on the art and craft of directing, written with emotional, instinctual and intellectual depth by one of America's most beloved film and television directors" -Amber Tamblyn

"In the years that I was fortunate to work with Ken on Malcolm in the Middle, he had an uncanny ability to guide actors right to the heart of a scene and reveal its truths. He admits that he doesn’t have all the answers, he’ll make mistakes, and at times he’ll struggle, but as he says in the book, 'It’s the struggle to get it right that makes us human.'" -Bryan Cranston

“'Action!' is what most directors bark out to begin a scene. But Ken Kwapis starts by gently intoning the words 'Go ahead…' That simple suggestion assures everyone they’re in smart, capable, humble hands. That’s how you’ll feel reading this book. And so, if you’re anxious to discover how a top director always brings humor, honesty, and humanity to his work, all I can tell you is…Go ahead." -Larry Wilmore

Ken Kwapis is an award-winning director of motion pictures and television. He has directed eleven feature films, among them A Walk In The Woods, He’s Just Not That Into You, and The Sisterhood of the Traveling Pants. For television, Kwapis helped launch nine series, including the groundbreaking HBO comedy The Larry Sanders Show, Fox’s Emmy Award-winning The Bernie Mac Show, and NBC’s The Office. Kwapis studied filmmaking at Northwestern University and the University of Southern California. But What I Really Want to Do is Direct is his first book.

Cliff Froehlich, executive director of the nonprofit Cinema St. Louis, began his second tenure with the organization in January 2006. He previously served in the same position from April 2001-March 2003. Between his stints at Cinema St. Louis, Froehlich worked as the arts-and-entertainment editor of the St. Louis Post-Dispatch, a variety of editorial positions at the Riverfront Times, and managing editor of St. Louis magazine. He continues to write for local publications on a freelance basis, including film reviews for the RFT and book reviews for the Post. Since 1984, Froehlich has served as an adjunct faculty member at Webster University, teaching courses in film history and criticism.

But What I Really Want to Do Is Direct: Lessons from a Life Behind the Camera (Paperback)