Left Bank Books presents culinary journalist and author of Tasting Rome, Katie Parla, who will enchant readers with her love letter to the Italian South, Food of the Italian South: Recipes for Classic, Disappearing, and Lost Dishes. Katie will be in conversation with Catherine A. Neville the producer and host of tasteMAKERS.

Cooking and eating are both deeply rooted in the framework of Italian society, but, like its society, the country’s cuisine is wildly diverse. While all of Italy values fresh produce and bright flavors, the Italian South is best known for its rustic and romantic cuisine. After the critical success of her first book Tasting Rome, Katie Parla travels south to the warm regions of Basilicata, Calabria, Campania, Molise, and Puglia to discover her heritage through food. With 85 original and reimagined recipes that encapsulate the regionally unique dishes and staples, Food touches on what readers might expect (mozzarella, tomatoes, coffee, fish, and of course, pasta), but Parla goes beyond the recipes with stories, cultural insights, and personal discoveries that only someone as intimately familiar with Italy as she is can offer.

KATIE PARLA moved to Rome in 2003 after graduating from Yale. She holds a sommelier certificate and a master’s degree in Italian gastronomic culture. She is the author of Tasting Rome, writes for the blog ParlaFood.com and the website TheRomeDigest.com, and has created three mobile dining apps. Parla has appeared on Fuck, That’s Delicious and cohosted Bizarre Foods, and she often appears as a Rome expert on the History Channel and the university lecture circuit. 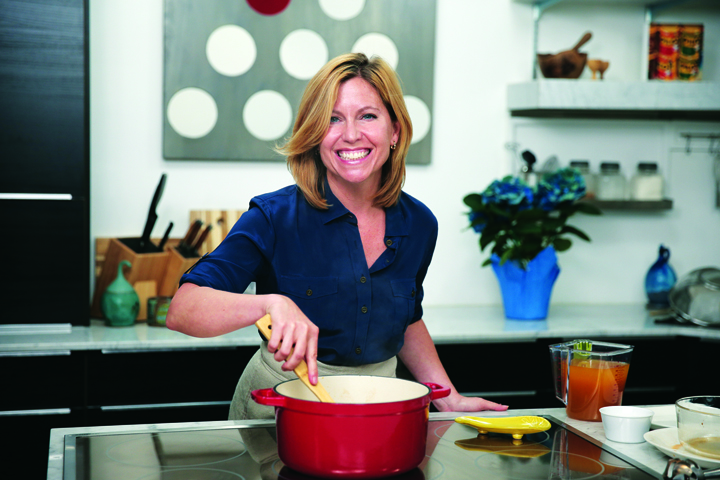 Catherine Neville is the Emmy-winning producer and host of tasteMAKERS (wearetastemakers.com), a new national series airing on public television stations nationwide as well as on the Create channel. The show explores the maker movement from coast to coast and is distributed through American Public Television with St. Louis’ Nine Network as the presenting station.

Food of the Italian South: Recipes for Classic, Disappearing, and Lost Dishes: A Cookbook (Hardcover)