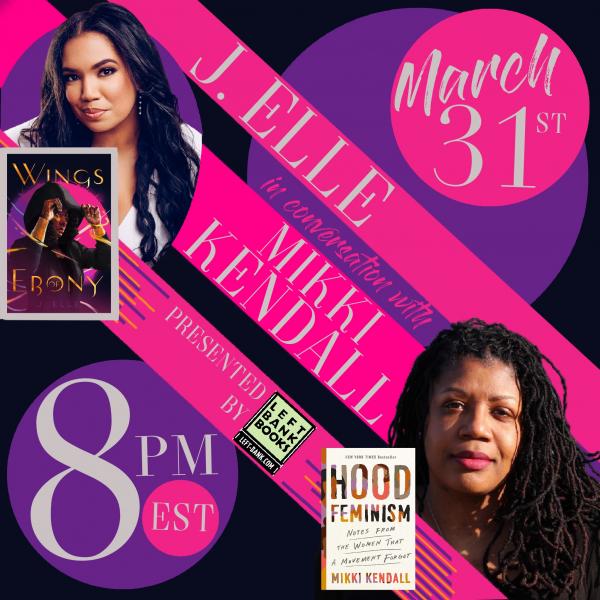 About Wings of Ebony

In this riveting, keenly emotional debut fantasy, a Black teen from Houston has her world upended when she learns about her godly ancestry and must save both the human and god worlds. Perfect for fans of Angie Thomas, Tomi Adeyemi, and The Hunger Games!

“Make a way out of no way” is just the way of life for Rue. But when her mother is shot dead on her doorstep, life for her and her younger sister changes forever. Rue's taken from her neighborhood by the father she never knew, forced to leave her little sister behind, and whisked away to Ghizon—a hidden island of magic wielders.

Rue is the only half-god, half-human there, where leaders protect their magical powers at all costs and thrive on human suffering. Miserable and desperate to see her sister on the anniversary of their mother’s death, Rue breaks Ghizon’s sacred Do Not Leave Law and returns to Houston, only to discover that Black kids are being forced into crime and violence. And her sister, Tasha, is in danger of falling sway to the very forces that claimed their mother’s life.

Worse still, evidence mounts that the evil plaguing East Row is the same one that lurks in Ghizon—an evil that will stop at nothing until it has stolen everything from her and everyone she loves. Rue must embrace her true identity and wield the full magnitude of her ancestors’ power to save her neighborhood before the gods burn it to the ground.

"The best fantasy novels invent alternate worlds in order to illuminate our own. Wings of Ebony is one of them—a bold, inventive, big-hearted and deeply perceptive vision of a Black girl’s journey to reclaim her magic from forces determined to destroy her. The parallels to our current reality are unmistakable and the book brings us all a much-needed ray of hope." —Nicola Yoon, #1 New York Times bestselling author of Everything, Everything and The Sun Is Also A Star

"Wings of Ebony is an intense, page-turner of a book about magic, sisterhood, community and family. Debut author J. Elle offers us a richly-wrought world, weaving together past and present with a rare blend of deft insight and keen humor that leaves the reader wanting more." —Sabaa Tahir, #1 New York Times bestselling author of An Ember in the Ashes

J. Elle is the author of the instant New York Times and Indie bestseller Wings of Ebony, a YA novel about a Black teen who must lean into her ancestor’s magic to protect her inner-city community from drugs, violence, and crime. Ms. magazine calls it “the debut fantasy we need right now.” Elle is a former educator and first-generation college student with a bachelor’s degree in journalism and a master’s in educational administration and human development. When she’s not writing, Elle can be found mentoring aspiring writers, binging reality TV, loving on her three littles, or cooking up something true to her Louisiana roots.

Mikki Kendall is a New York Times bestselling writer, speaker, and blogger whose work has appeared in The Washington Post, The Boston Globe, The Guardian, Time, Salon, Ebony, Essence, and elsewhere. An accomplished public speaker, she has discussed race, feminism, violence in Chicago, tech, pop culture, and social media on Good Morning America, The Daily Show, MSNBC, NPR, Al Jazeera's The Listening Post, BBC's Woman's Hour, and Huff Post Live, as well as at universities across the country. In 2017, she was awarded Best Food Essay from the Association of Food Journalists for her essay on hot sauce, Jim Crow, and Beyoncé. She is also the author of Amazons, Abolitionists, and Activists: A Graphic History of Women's Fight for Their Rights and a co-editor of the Locus-nominated anthology Hidden Youth, as well as a part of the Hugo-nominated team of editors at Fireside Magazine. A veteran, she lives in Chicago with her family.

Hood Feminism: Notes from the Women That a Movement Forgot (Paperback)