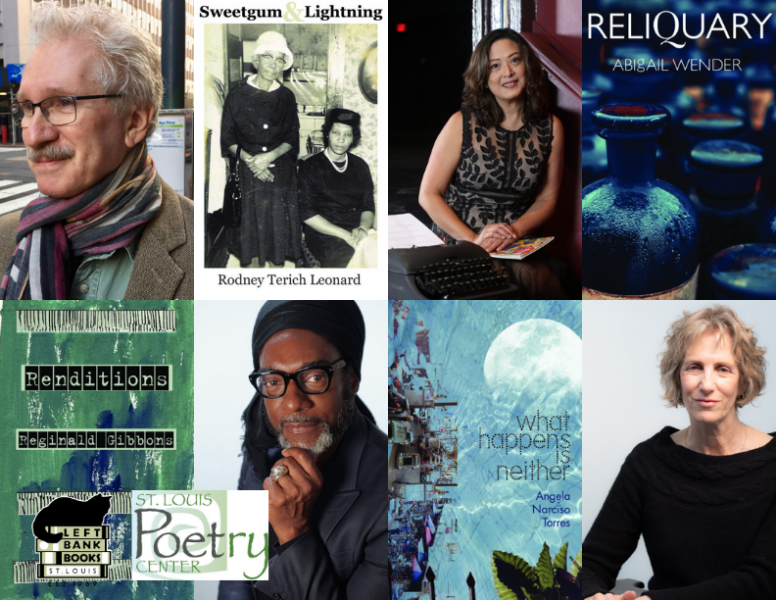 About Renditions, by Reginald Gibbons

In Renditions, Reginald Gibbons conducts an ensemble of poetic voices, using the works of a varied, international selection of writers as departure points for his translations and transformations. The collection poses the idea that all writing is, at least abstractly, an act of translation, whether said act “translates” observation into word or moves ideas from one language to another. Through these acts of transformation, Gibbons infuses the English language with stylistic aspects of other languages and poetic traditions. The resulting poems are imbued with a sense of homage that allows us to respectfully reimagine the borders of language and revel in the fellowship of idea sharing. In this tragicomedy of the human experience and investigation of humanity’s effects, Gibbons identifies the “shared underthoughts that we can (all) sense:” desire, love, pain, and fervor.

Sweetgum & Lightning lets us into an extraordinary poetic universe, shaped by a vernacular rooted in the language of self, one’s origins, and music. In poems that are deeply sensual in nature, Rodney Terich Leonard considers gender and sexuality, art, poverty, and community. Imagery expands through unexpected lexical associations and rumination on the function of language; words take on new meaning and specificity, and the music of language becomes tantamount to the denotations of words themselves. Through extensive webs of connotation, Leonard’s narratives achieve a sense of accuracy and intimacy. The nuanced lens of these poems is indicative of the honesty of expression at work in the collection—one that affirms the essentiality of perception to living and memory.

About What Happens Is Neither, by Angela Narciso Torres

“What Happens is Neither/ the end nor the beginning. /Yet we’re wired to look for signs,” offers the speaker of Angela Narciso Torres’ latest collection, which approaches motherhood, aging, and mourning through a series of careful meditations. In music, mantra, and prayer, Torres explores the spaces in and around grief—in varying proximity to it and from different vantage points. She writes both structurally formal poems that enfold the emotionality of loss and free verse that loosens the latch on memory and lets us into the sensory worlds of the speaker’s childhood and present. In poems set in two countries and homes, Torres considers what it means to leave a mark, vanish, and stay in one place. In a profound act of recollection and preservation, Torres shows us how to release part of ourselves but remain whole.

About Reliquary, by Abigail Wender

In her debut collection, Reliquary, Abigail Wender addresses losing a brother to prison and, ultimately, opiate addiction. The text also considers womanhood, motherhood, and marriage in lyric poems that confront the complicated nature of grief, the effects of illness on family, and how love—even bliss—figure into grief’s equation. The collection suspends time, as the speaker weaves between flashbacks and the present, assembling fragments and vignettes of her childhood and marriage. In the book’s moments of solace and interiority, such as in the poem, “Hiking,” Wender contemplates how to hold on and to what. In this particular poem’s reflection on forgiveness, the speaker asks, “Are there words for us, America, / high on an uppermost branch?,” and the collection responds with a resounding yes.

Reginald Gibbons is the author of eleven poetry collections, including Renditions (Four Way Books, 2021). His Creatures of a Day was a Finalist for the National Book Award. His book Saints won publication in the National Poetry Series. Volumes of his selected poems in translation have been published in Spain, Italy, and France. His novel Sweetbitter won the Anisfield-Wolf Book Award, and he has also published a book of very short fiction, An Orchard in the Street. Gibbons is the author of a book on poetic technique, How Poems Think. His translations include Sophocles: Selected Poems, Selected Poems of Luis Cernuda, Sophocles’ Antigone and Euripides’ Bakkhai (co-translated with Charles Segal), and three forthcoming volumes of selected poems by Boris Pasternak, Marina Tsvetaeva, and Ilya Kutik (all co-translated with Ilya Kutik). He has won fellowships from the Guggenheim Foundation, the National Endowment for the Arts, and the Center for Hellenic Studies, as well as the Folger Library’s O. B. Hardison, Jr., prize and other honors and awards. His work has been included in Best American Poetry and Pushcart Prize anthologies. He teaches at Northwestern University, where he is a Frances Hooper Professor of Arts and Humanities.

Rodney Terich Leonard was born in Nixburg, Alabama. An Air Force veteran who served during the Gulf War, his society profiles and poems have appeared in Southern Humanities Review, Red River Review, The Huffington Post, BOMB Magazine, The Cortland Review, Indolent Books-What Rough Beast, Four Way Review, The New York Times, The Amsterdam News, The Village Voice, For Colored Boys… (anthology edited by Keith Boykin) and other publications. Sweetgum & Lightning is his debut collection of poetry. He holds degrees from The New School, NYU Tisch School of the Arts and Teachers College Columbia University. A Callaloo poetry fellow, he received an MFA in Poetry from Columbia University and currently lives in Manhattan.

Angela Narciso Torres is the author of Blood Orange (Willow Books Literature Award for Poetry, 2013), To the Bone (Sundress Publications, 2020), and What Happens Is Neither (Four Way Books, 2021). Recent work appears in Poetry, Missouri Review, and Quarterly West. A graduate of Warren Wilson MFA Program for Writers and Harvard Graduate School of Education, Angela has received fellowships from Bread Loaf Writers’ Conference, Illinois Arts Council, and Ragdale Foundation. She won the 2019 Yeats Poetry Prize (W.B. Yeats Society of New York) and was named one of NewCityLit’s Lit 50: Who Really Books in Chicago in 2016. Born in Brooklyn and raised in Manila, she serves as a senior and reviews editor for RHINO Poetry. She lives in Southern California.

Abigail Wender’s poems and translations have been published in numerous journals. She holds a degree from the MFA Program for Writers at Warren Wilson College. Reliquary is her first collection of poems. She lives in New York City.

What Happens Is Neither (Paperback)