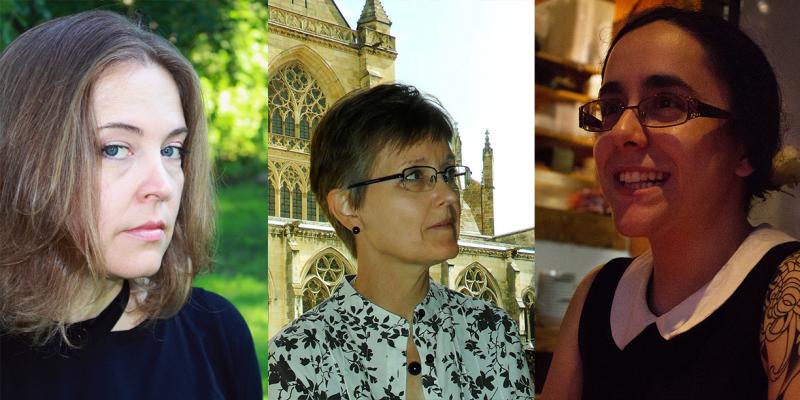 Left Bank Books and Archon present an SF STL and Tor #FearlessWomen event with authors Tessa Gratton, Sue Burke, and K. Arsenault Rivera, who will sign and discuss their new books The Queens of Innis Lear, Semiosis, and The Tiger's Daughter!

Inspired by Shakespeare's King Lear, dynasties battle for the crown in Tessa Gratton's debut epic adult fantasy, a story of deposed kings and betrayed queens for fans of Red Rising and Queen of the Tearling. The Queens of Innis Lear brings to life a world that hums with ancient magic, and characters as ruthless as the tides.

Sue Burke's Semiosis is a sweeping SF epic of first contact that spans generations of humans struggling to survive on an alien world. Colonists from Earth wanted the perfect home, but they’ll have to survive on the one they found. They don’t realize another life form watches . . . and waits.

K. Arsenault Rivera's lush new epic historical fantasy series evokes the ambition and widespread appeal of Patrick Rothfuss and the vivid storytelling of Naomi Novik. The Tiger's Daughter is the story of an infamous Qorin warrior, Barsalayaa Shefali, a spoiled divine warrior empress, O-Shizuka, and a power that can reach through time and space to save a land from a truly insidious evil.

This event is free and open to the public, but proof of purchase of one of the featured titles will be required to enter the signing line.

The Queens of Innis Lear (Hardcover)