Ed Wheatley - Wrestling at the Chase 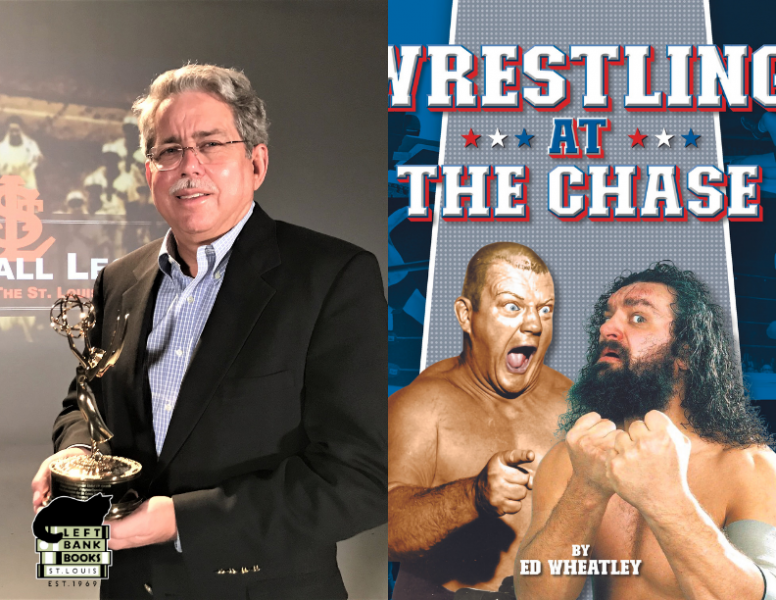 Today, WWE professional wrestling rules television and arenas nationwide. Without Sam Muchnick’s leadership, promotions, and his iconic Wrestling at the Chase program; the sport may never have reached its standing today. Sam was the Vince McMahon of his day and this is the story of the rise of professional wrestling that still continues today on television and local venues across the region and country.

What began as a conversation between two men on an airplane, turned into a near 25-year love affair spanning multiple generations of fans. Wrestling at the Chase’s 1959 premier fueled a phenomenon during wrestling’s “golden years.” It would start a trend that would draw hundreds of men and women dressed to the nines ringside each week in the Khorassan Room of the opulent Chase Park Plaza Hotel. At the same time, as the clock struck 9 o’clock each Saturday evening, hundreds of thousands more sat before their television sets watching the show. They would sit in the comfort of their living rooms feeling just like those swells of society all dressed up ringside. A new audience of thousands more would tune in the next morning for a re-airing of the show.

This is more than the story of Sam Muchnick and Harold Koplar, two men on a plane ride who created their own successful ride of a lifetime with this innovative program. Filled with hundreds of photos, this coffee table style book is the history of professional wrestling and the men and women with the monikers of Bruiser, the Fabulous Moolah, Gorgeous George, King Kong, and Nature Boy to name just a few. It is the story of Wrestling at the Chase and how the three legs of the stool (the location, the delivery, and the product) came together to support nearly three decades of entertainment and countless memories for generations beyond.

·       Relive the Golden Age of St. Louis Wrestling with the ‘Wrestling at the Chase’ Book [PHOTOS] (riverfronttimes.com)

Ed Wheatley is an award winning author, film producer, and sports historian. His works have received numerous accolades and awards including Sports Collectors Digest selection as the best book published on baseball in 2017, a 2017 nomination for the Lawrence Ritter Award by the Society for American Baseball Research for the best book in baseball, and the St. Louis Post-Dispatch’s selection as one of the top 25 books of 2020. He has produced two films shown on the PBS network that each received EMMY award nominations, as well as a win in 2020.

"Cowboy" Bob Orton is a retired professional wrestler still residing in the St. Louis area. He is the son of professional wrestler Bob Orton Sr., the brother of professional wrestler Barry Orton, and the father of Randy Orton, one of today’s top wrestlers. Fans will remember “Cowboy” Bob making his presence known on the Wrestling at the Chase program during its latter years.  His dad, in fact, was one of the wrestlers in the premiere episode of the show in 1959.  As the show was winding up its near three decade run, Bob left the fledging NWA (National Wrestling Alliance) and joined the WWF (World Wrestling Federation, now WWE) where he continued his stellar international wrestling career.

Wrestling at the Chase (Hardcover)

St. Louis Browns: The Story of a Beloved Team (Hardcover)