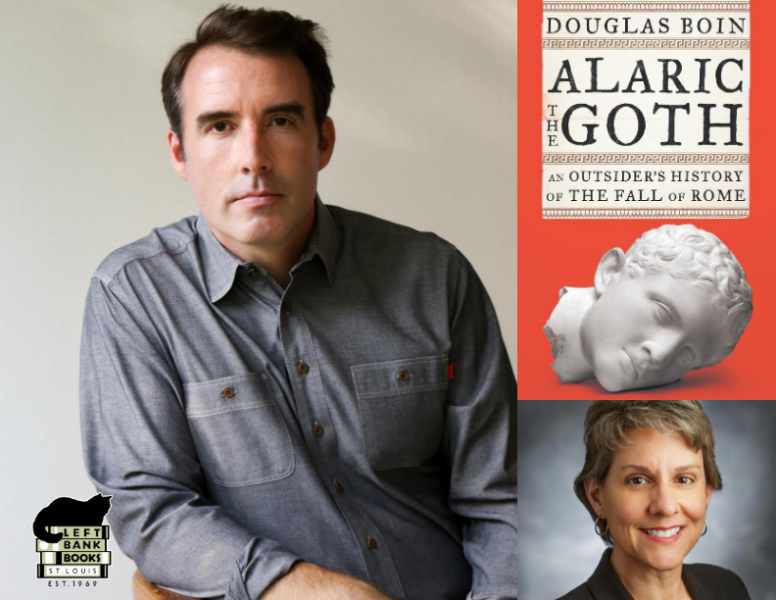 Denied citizenship by the Roman Empire, a soldier named Alaric changed history by unleashing a surprise attack on the capital city of an unjust empire.

Stigmatized and relegated to the margins of Roman society, the Goths were violent “barbarians” who destroyed “civilization,” at least in the conventional story of Rome’s collapse. But a slight shift of perspective brings their history, and ours, shockingly alive.

Alaric grew up near the river border that separated Gothic territory from Roman. He survived a border policy that separated migrant children from their parents, and he was denied benefits he likely expected from military service. Romans were deeply conflicted over who should enjoy the privileges of citizenship. They wanted to buttress their global power, but were insecure about Roman identity; they depended on foreign goods, but scoffed at and denied foreigners their own voices and humanity. In stark contrast to the rising bigotry, intolerance, and zealotry among Romans during Alaric’s lifetime, the Goths, as practicing Christians, valued religious pluralism and tolerance. The marginalized Goths, marked by history as frightening harbingers of destruction and of the Dark Ages, preserved virtues of the ancient world that we take for granted.

The three nights of riots Alaric and the Goths brought to the capital struck fear into the hearts of the powerful, but the riots were not without cause. Combining vivid storytelling and historical analysis, Douglas Boin reveals the Goths’ complex and fascinating legacy in shaping our world.

"A remarkable feat of historical alchemy: a transmutation of the scanty and inadequate sources into the gold of a gripping narrative."--Tom Holland, author of Rubicon: The Last Years of the Roman Republic

"A brilliantly readable account of the fall of the western Roman Empire, which for the first time spotlights not the Romans, but the Gothic invader Alaric. This is a story for our own age too. Douglas Boin asks us to take seriously the question of what would have happened if the tottering city of Rome had prioritized inclusive citizenship over paranoia and conflict; if it had built bridges rather than walls. This is urgent, gravid history, which will be read by anyone interested in empire, cultural conflict and the making of the modern narrative of the West."--Tim Whitmarsh, author of Battling the Gods: Atheism in the Ancient World

Douglas Boin is a professor of history at Saint Louis University, and author of Coming Out Christian in the Roman World and two scholarly books on antiquity. From Fall 2019 to Fall 2020, he is serving as a Visiting Scholar at the University of Texas at Austin.

Lorri Glover is an American scholar who holds the John Francis Bannon Endowed Chair in the Department of History at Saint Louis University. She specializes in the social history of the English colonies and the creation of the American Republic.

Alaric the Goth: An Outsider's History of the Fall of Rome (Hardcover)

Eliza Lucas Pinckney: An Independent Woman in the Age of Revolution (Hardcover)