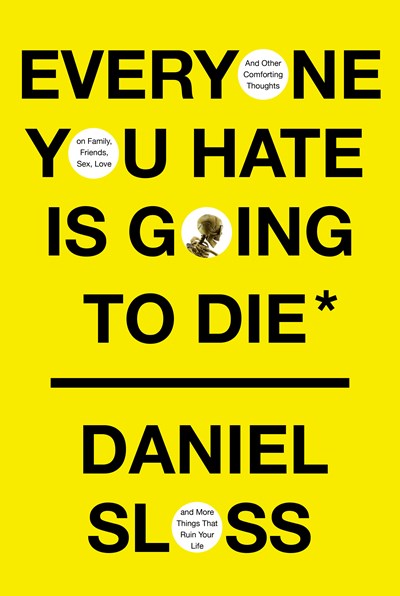 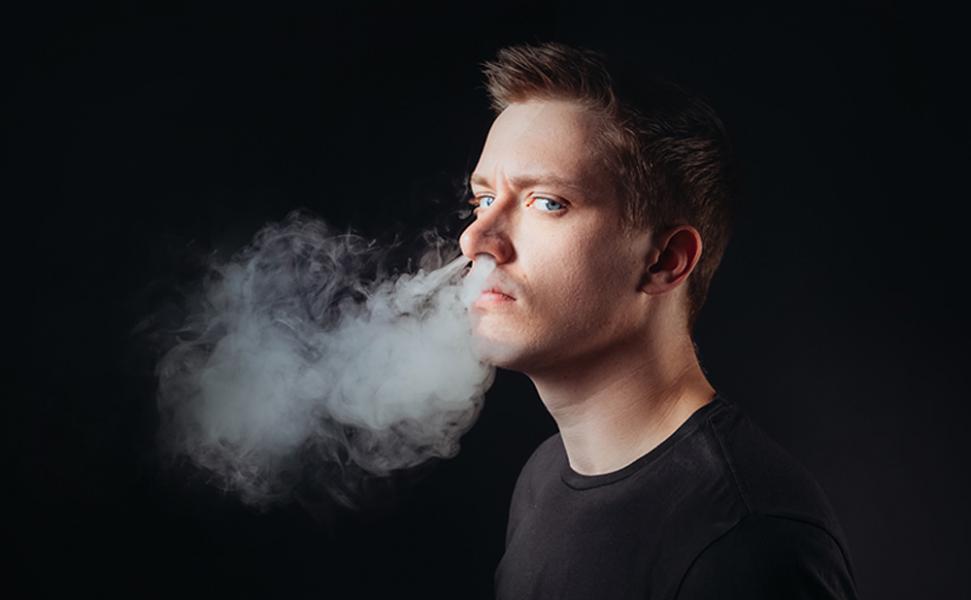 The Pageant and Left Bank Books welcome Internationally acclaimed and award-winning Scottish comedian,
Daniel Sloss,
for his stand-up comedy tour.
Left Bank Books will be on hand to sell copies of Sloss's debut book
Everyone You Hate Is Going To Die:
And Other Comforting Thoughts On Family, Friends, Sex, Love, And More Things That Ruin Your Life.
Copies of the book are available for sale in store, online, and at the event.

One of this generation's hottest and boldest young comedians presents a transgressive and hilarious analysis of all of our dysfunctional relationships, and attempts to point us in the vague direction of sanity.

Daniel Sloss's stand-up comedy engages, enrages, offends, unsettles, educates, comforts, and gets audiences roaring with laughter--all at the same time. In his groundbreaking specials, seen on Netflix and HBO, he has brilliantly tackled everything from male toxicity and friendship to love, romance, and marriage--and claims (with the data to back it up) that his on-stage laser-like dissection of relationships has single-handedly caused more than 300 divorces and 120,000 breakups.

Now, in his first book, he picks up where his specials left off, and goes after every conceivable kind of relationship--with one's country (Sloss's is Scotland); with America; with lovers, ex-lovers, ex-lovers who you hate, ex-lovers who hate you; with parents; with best friends (male and female), not-best friends; with children; with siblings; and even with the global pandemic and our own mortality. In Everyone You Hate Is Going to Die, every human connection gets the brutally funny (and unfailingly incisive) Sloss treatment as he illuminates the ways in which all of our relationships are fragile and ridiculous and awful--but also valuable and meaningful and important.

"This is the Pandora's Box of self-help books." --Conan O'Brien

"When I was told that Daniel Sloss had written a book, I was immensely interested since I'd resented him already by watching his standup specials -- for his quick wit and free-associative irreverent style that I thought I'd originated. Spoiler alert: Don't be disappointed if, by reading this book, everyone you hate doesn't die, but what a title. And what a book. It's smart, acerbic, and incredibly funny. I suggest you read it. And anything else Daniel sends our way. He's a very special comic mind and one that is a gift to those of us who need to hear from our best, hilarious, demented, smart friend." --Bob Saget

Important Event Info: Age Restriction 16+ only.
Masks are required to attend any event at The Pageant. In addition to a mask, all attendees of this event must have proof of FULL COVID-19 Vaccination or proof of a negative COVID-19 Diagnostic Test within 72 hours of the event, along with a matching photo ID.

Internationally acclaimed and award-winning Scottish comedian, Daniel Sloss, began writing and performing stand-up in 2007, at the age of 17, and now tours non-stop throughout North America, the U.K., Ireland, Australasia, Asia and 30 European countries.  Presenting a new live show at the Edinburgh Fringe Festival each year for eleven years, Daniel ran his tenth live solo hour, Daniel Sloss: X, at the 2018 Festival.  One of the biggest draws at the Edinburgh Fringe, Daniel has sold in excess of 10,000 tickets each year at the Fringe for the past 8 years running.  For the 2019 Edinburgh Fringe, Daniel ran Daniel Sloss: X in three encore performances at the U.K.’s largest theater, the 3,500-seat Edinburgh Playhouse.

On October 12, 2021, Daniel will release his first book, Everyone You Hate Is Going To Die: And Other Comforting Thoughts On Family, Friends, Sex, Love, And More Things That Ruin Your Life.  The book is a transgressive and hilarious deep dive in to Daniel’s favorite subject: relationships.

On November 2, 2019, Daniel Sloss: X premiered on HBO in the U.S. and Canada.  In February 2020, X made history in the U.K. as the first comedy special to make its U.K. debut on the big screen.  In March of 2020, X also premiered in Australia on the big screen.  The special received rave reviews including The Atlantic proclaiming the show, “A stunning experiment in controlled transgression,” and The New Yorker heralding the show as “A raw and enthralling crescendo of confessions.”  The show was recorded on April 27, 2019, at The Enmore Theatre in Sydney, Australia.  Daniel toured Daniel Sloss: X to theaters in 28 cities across North America after running the show off-Broadway in NYC in February 2019 selling more than 5,000 tickets performing 30 shows in 19 days.  By the end of the tour in December 2019, Daniel performed the show over 300 times in 40 countries throughout Europe, Asia, Australasia and North America.

In the U.S., Daniel made ten appearances on Conan O’Brien’s CONAN, and he was seen on The Late Late Show with Craig Ferguson, Drunk History, Roast Battle, @Midnight, and The Pete Holmes Show.  In the U.K., Daniel starred in his own BBC TV show, The Adventures Of Daniel (aged 19), and made numerous television appearances including The Graham Norton Show, Sunday Night at the Palladium, The John Bishop Show, Michael McIntyre’s Comedy Roadshow, 8 Out of 10 Cats, The Rob Brydon Show, Comic Relief’s Mock The Week, The Paul O’Grady Show (Daniel’s TV debut aged 18), BBC’s Stand Up For Sport Relief, Set List, and Russell Howard’s Good News.

The Event Organizer is requiring proof of a negative test or COVID-19 vaccination to attend this event. Please check their website for details.

A Note on Reopening Safely

Masks are required to attend any event at The Pageant. In addition to a mask, all attendees of this event must have proof of FULL COVID-19 Vaccination or proof of a negative COVID-19 Diagnostic Test within 72 hours of the event, along with a matching photo ID.

Everyone You Hate Is Going to Die: And Other Comforting Thoughts on Family, Friends, Sex, Love, and More Things That Ruin Your Life (Hardcover)