Left Bank Books welcomes animal rights activist and author Dan Mathews, who will discuss his new memoir, Like Crazy: Life with My Mother and Her Invisible Friends, on Facebook Live at 7pm CST on August 11. Mathews will be in conversation with TV writer and producer Bryan Fuller. Join us on our Facebook Page and order a copy of Like Crazy from Left Bank Books to support authors and independent bookstores!

A hilarious and heartbreaking memoir about an outlandish mother and son on an odyssey of self-discovery, and the rag-tag community that rallied to help them as the mother entered the final phase of her life.

Dan Mathews knew that his witty, bawdy, unhinged mother, Perry, was unable to maintain her fierce independence at seventy-eight—so he flew her across the country to Virginia to live with him in an 1870 townhouse badly in need of repairs. But to Dan, a screwdriver is a cocktail not a tool, and he was soon overwhelmed with two fixer-uppers: the house and his mother.

Unbowed, Dan and Perry built a rollicking life together fueled by costume parties, road trips, after-hours gatherings, and an unshakeable sense of humor as they faced down hurricanes, blizzards, and Perry’s steady decline. They got by with the help of an ever-expanding circle of sidekicks—Dan’s boyfriends (past and present), ex-cons, sailors, strippers, deaf hillbillies, evangelicals, and grumpy cats—while flipping the parent-child relationship on its head.

But it wasn’t until a kicking-and-screaming trip to the emergency room that Dan discovered the cause of his mother’s unpredictable, often caustic behavior: Perry had lived her entire adult life as an undiagnosed schizophrenic.

Irreverent and emotionally powerful, Like Crazy is a darkly comic tale about the perils and rewards of taking in a fragile parent without derailing your life in the process. A rare story about mental illness with an uplifting conclusion, it shows the remarkable growth that takes place when a wild child settles down to care for the wild woman who raised him.

Dan Mathews was born and raised in Orange County, California, by a single mother who encouraged her three boys to bring home stray animals. In high school, he was beaten up for being gay and credits those rough times with helping him develop the thick skin needed to be an animal activist. He spent two years in Italy working as a fashion model and bit-part actor before returning to the US to earn a degree in history from American University in Washington, DC. Shortly afterwards, he began working at PETA as a receptionist and within a year was organizing protests. As PETA’s Director of Campaigns, he helps increase awareness of the rights of animals through high-profile events. He has been arrested for his activities more than twenty times but usually gets released from jail within a day. Through a unique combination of sex, humor, and glamour, he has turned animal rights into one of the hottest causes of the last two decades.

Bryan Fuller is an American television writer and producer who has created a number of television series, including Dead Like Me, Wonderfalls, Pushing Daisies, Hannibal, and American Gods. Fuller worked as writer and executive producer on the Star Trek television series Voyager and Deep Space Nine; he is also the co-creator of Star Trek: Discovery. 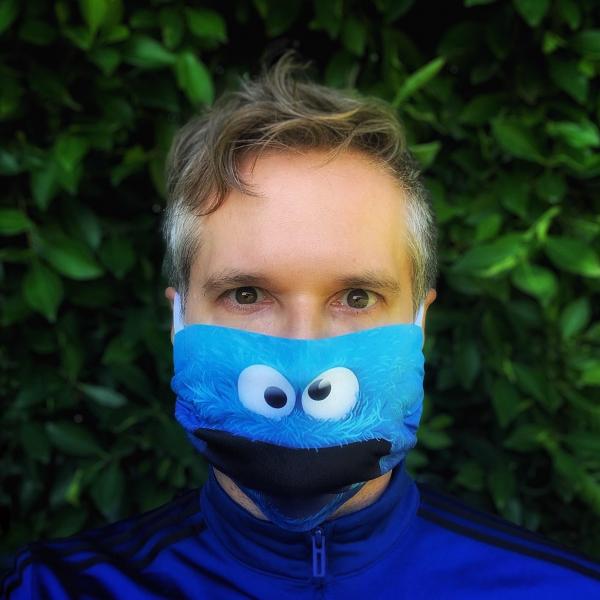 Like Crazy: Life with My Mother and Her Invisible Friends (Hardcover)