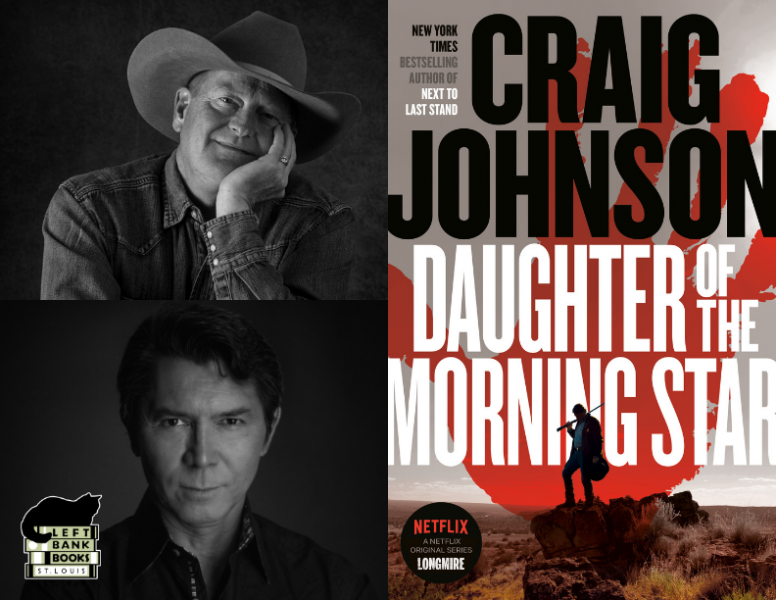 When Lolo Long's niece Jaya begins receiving death threats, Tribal Police Chief Long calls on Absaroka County Sheriff Walt Longmire along with Henry Standing Bear as lethal backup. Jaya Longshot Long is the phenom of the Lame Deer Lady Stars High School basketball team and is following in the steps of her older sister, who disappeared a year previously, a victim of the scourge of missing Native Woman in Indian Country. Lolo hopes that having Longmire involved might draw some public attention to the girl's plight, but with this maneuver she also inadvertently places the good sheriff in a one-on-one with the deadliest adversary he has ever faced in both this world and the next.

Praise for Craig Johnson and the Longmire Mystery series

“It’s the scenery—and the big guy standing in front of the scenery—that keeps us coming back to Craig Johnson’s lean and leathery mysteries.” —The New York Times Book Review

“Johnson’s hero only gets better—both at solving cases and at hooking readers—with age.” —Publishers Weekly

“Like the greatest crime novelists, Johnson is a student of human nature. Walt Longmire is strong but fallible, a man whose devil-may-care stoicism masks a heightened sensitivity to the horrors he’s witnessed.” —Los Angeles Times

Craig Johnson is the New York Times bestselling author of the Longmire mysteries, the basis for the hit Netflix original series Longmire. He is the recipient of the Western Writers of America Spur Award for fiction and the Mountain & Plains Independent Booksellers Association's Reading the West Book Award for fiction. His novella Spirit of Steamboat was the first One Book Wyoming selection. He lives in Ucross, Wyoming, population 25.

Lou Diamond Phillips is currently starring in the FOX series “Prodigal Son,” having recently starred on the acclaimed Netflix series, “Longmire,” based on the Walt Longmire mystery novels by Craig Johnson. Other recent credits include Amazon’s “Goliath,” FX’s “You’re the Worst,” CBS’ “Blue Bloods,” and recurring roles on Fox’s “Brooklyn Nine-Nine” and Netflix’s “The Ranch.” He received an Emmy nomination for “Outstanding Actor in a Short Form Drama or Comedy” for his roles in both Amazon’s “Conversations in LA” and History Channel’s “Crossroads of History.”

Recent film credits include Warner Brothers’ “The 33,” “Created Equal” directed by Bill Duke, and Sundance Festival favorite “Filly Brown,” for which he was named Best Actor at the Imagen Awards.

As a director, Phillips recently helmed episodes of AMC’s hit series “Fear the Walking Dead,” “Longmire,” and ABC’s Marvel’s Agents of S.H.I.E.L.D. Phillips is also an author. His novel “The Tinderbox: Soldier of Indira,” with illustrations by his wife Yvonne, will be published October 20th. He has co-written the screenplays for ‘Trespasses,’ and HBO’s ‘Dangerous Touch.’ He wrote the Miramax feature ‘Ambition.’ He recently produced his play ‘Burning Desire,’ a romantic comedy in two acts, which received its world premiere at The Seven Angels Theatre in Waterbury, Connecticut. Phillips was also asked by his good friend, novelist Craig Johnson, to write the forward to his collection of short stories ‘Wait For Signs.’

Originally born in the Philippines, Phillips was raised in Texas and is a graduate of University of Texas at Arlington with a BFA in Drama.

You may purchase a SIGNED copy of Daughter of the Morning Star from Left Bank Books online or by phone. You must provide an email address to be invited to the private online event. If you have purchased the book from Left Bank, you will receive an email event reminder a few days prior to the event. You will receive the email with the link to join the private online event the DAY OF the event.

Daughter of the Morning Star: A Longmire Mystery (Hardcover)

Next to Last Stand: A Longmire Mystery (Paperback)

The Tinderbox: Soldier of Indira (Paperback)