From a newly divorced woman employed by a front for illegal drugs, to a man who seeks revenge when the farm he loves is invaded by meth producers, to a shady Arkansas businessman wrestling with his own wildness (and that of his teen son) as he attempts to return a domesticated bobcat to its native habitat, the characters in Unnatural Habitats explore the conflict between what is instinct and what is learned, as well as what it means to belong to a place and to a people. Set in the rural landscape of the Ozarks of Arkansas and Missouri, the stories turn on a growing crime culture in a place that had previously felt untouched by the world outside, forcing characters who live there to reevaluate their sense of right and wrong.

"Don't start any of the stories in Unnatural Habitats if you're in a hurry, because once you've read that first sentence, you will be hooked and unable to do anything else until you get to the end. This is an exciting debut by a young writer with loads of talent and plenty of heart." —Steve Yarbrough (The Unmade World)

This event is free and open to the public, but proof of purchase of Unnatural Habitats from Left Bank Books will be required to enter the signing line. Click here to pre-order your copy! 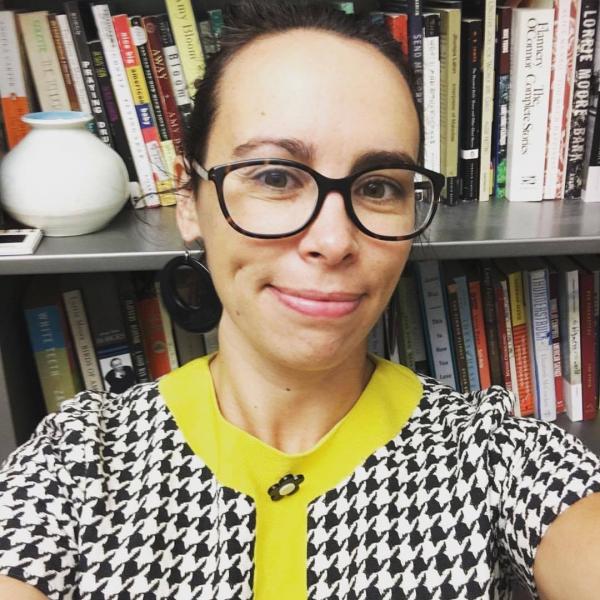 Meagan Cass’s first full-length collection, ActivAmerica, won the Katherine Anne Porter Prize in Short Fiction, judged by Claire Vaye Watkins, and was published in November 2017 by UNT Press. She is author of the chapbook Range of Motion (Magic Helicopter Press) and her stories have appeared in DIAGRAM, Joyland, and Puerto del Sol, among other places. She teaches creative writing at the University of Illinois Springfield, curates the Shelterbelt Reading Series, and is an assistant editor and board member for Sundress Publications. She lives in St. Louis.