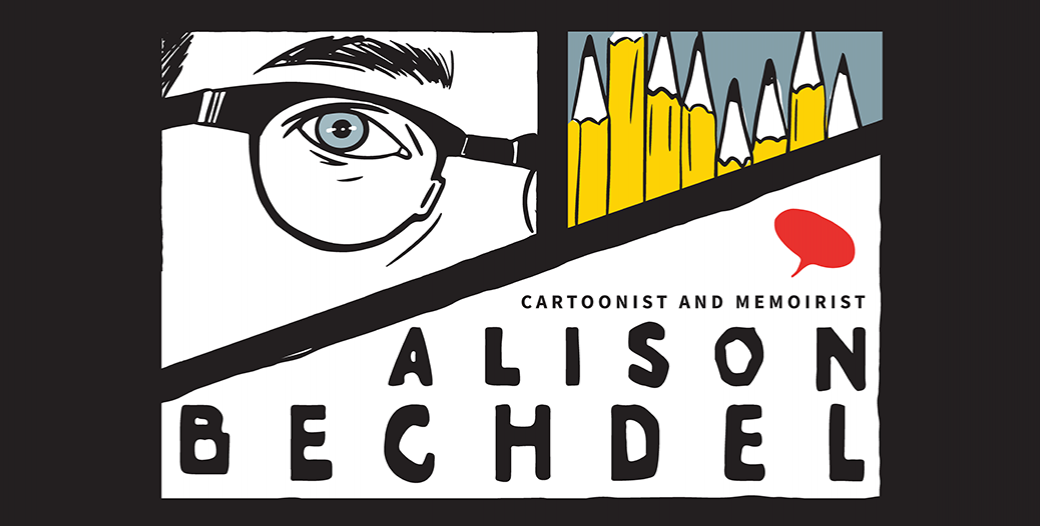 Lecture and reception for cartoonist-memoirist and MacArthur “Genius” Alison Bechdel, author of “Fun Home” and winner of the 2022 Washington University International Humanities Prize

Free and open to the public

This event will be staged in a hybrid format. All are invited to attend virtually via Zoom or in person.

Please note: We have reached capacity for seating in the Clark-Fox Forum. All additional attendees are invited to join a livestream watch party in the Kemp Auditorium (Room 116) in Givens Hall. All are welcome at the post-lecture reception and popup exhibit next door at the Kemper Art Museum. RSVP by clicking the button below.

Parking on campus: Visitors are welcome to park at the East End Parking Garage, located near Forsyth and Skinker boulevards (map). Follow this link for details about public transportation options.

Cartoonist Alison Bechdel, author of Fun Home: A Family Tragicomic and other works that explore queer identity and family relationships, will deliver a lecture as she receives the Washington University International Humanities Prize, presented by the Center for the Humanities. The biennial award honors a person who has contributed significantly to the humanities through a body of work that has dramatically impacted how we understand the human condition.

Following the lecture, all are invited to a reception at the Mildred Lane Kemper Art Museum, where attendees will enjoy refreshments and view a popup display of work by local cartoonists and illustrators. Preceding the event, there will be a discussion about banned comic books with graphic novelists Jerry Craft and Phoebe Gloeckner, ACLU of Missouri staff attorney Molly Carney and moderator Rebecca Wanzo, professor and chair of the Department of Women, Gender and Sexuality Studies at Washington University and author of The Content of Our Caricature: African American Comic Art and Political Belonging. 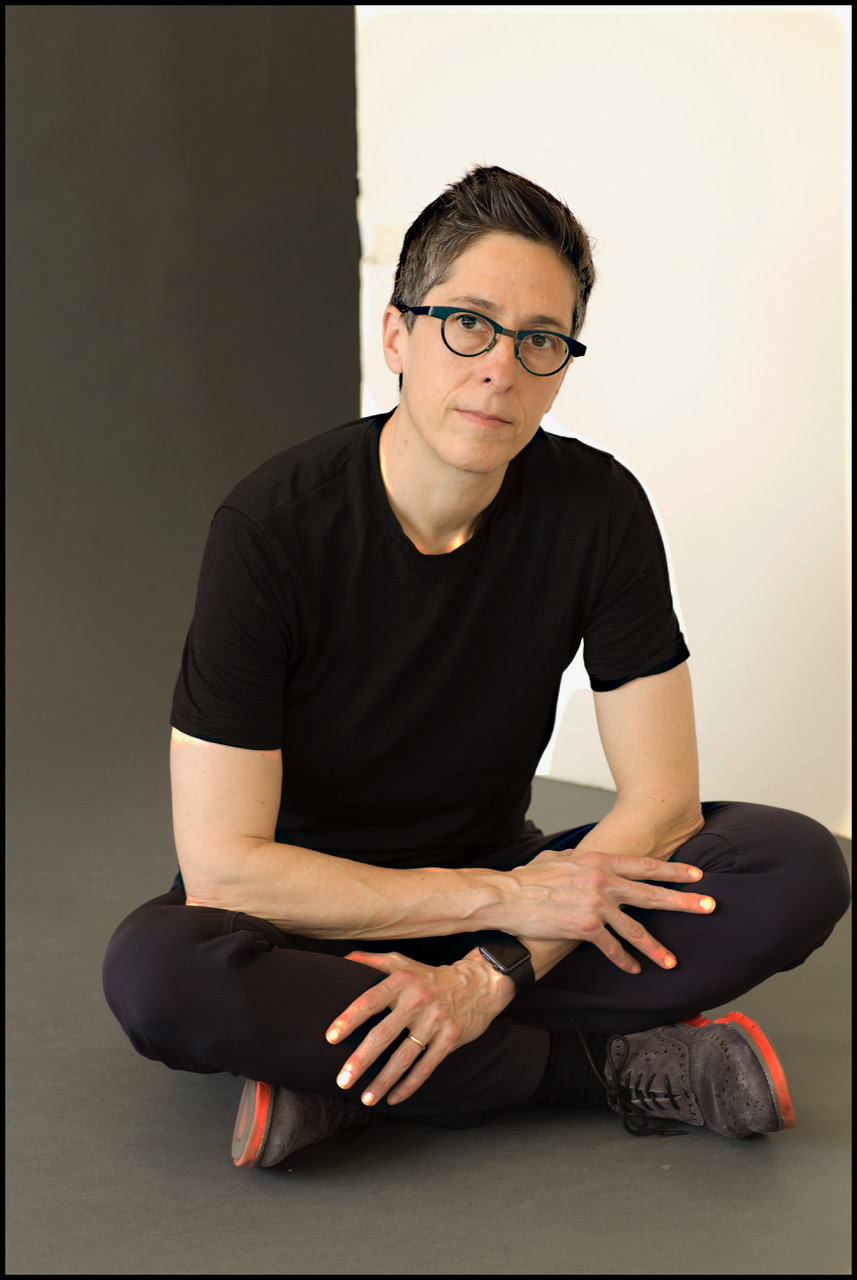 Alison Bechdel’s comic strip Dykes To Watch Out For became a countercultural institution among lesbians and discerning non-lesbians all over the planet. And her more recent, darkly humorous graphic memoirs about her family have forged an unlikely intimacy with an even wider range of readers.

Bechdel self-syndicated Dykes to Watch Out For for twenty-five years, from 1983 to 2008. The award-winning generational chronicle has been called “one of the pre-eminent oeuvres in the comics genre, period.” (Ms. magazine)

In 2006 she published Fun Home: A Family Tragicomic. Time magazine named it the Best Book of 2006. It was adapted into a musical by the playwright Lisa Kron and the composer Jeanine Tesori. It opened on Broadway at the Circle in the Square Theater on April 19, 2015,  and won five Tony Awards, including “Best Musical.”

In her work, Bechdel is preoccupied with the overlap of the political and the personal spheres, the relationship of the self to the world outside. Her 2012 memoir Are You My Mother? A Comic Drama delved into not just her relationship with her own mother, but the theories of the 20th century British psychoanalyst Donald Winnicott. Her most recent book, The Secret to Superhuman Strength (May 2021), continues her investigation of the relationship between inside and outside, in this case the outside where she skis, bikes, hikes, and wanders in pursuit of fitness and, incidentally, self-transcendence.

Alison’s comics have appeared in The New Yorker, Slate, McSweeney’s, The New York Times Book Review, and Granta. She has been awarded Guggenheim and MacArthur Fellowships. She lives up a hill in Vermont.

The Secret To Superhuman Strength (Hardcover)

The Essential Dykes To Watch Out For (Paperback)

Are You My Mother?: A Comic Drama (Paperback)