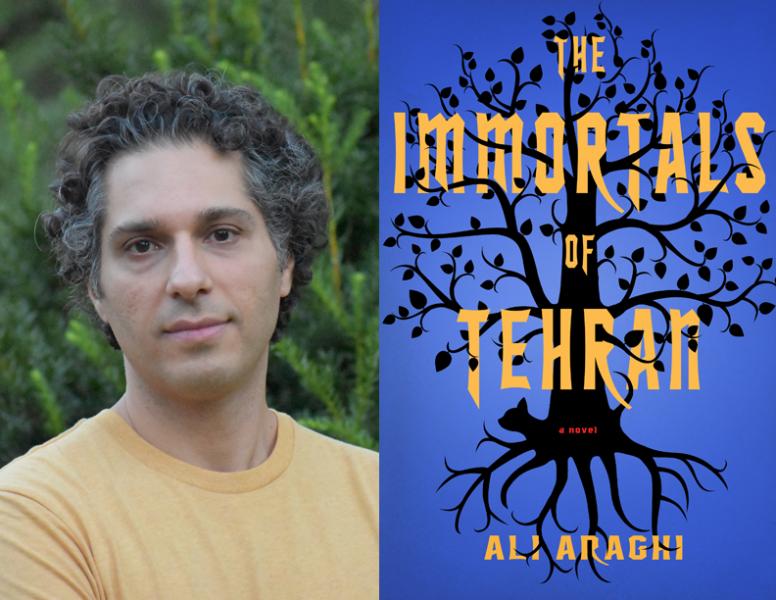 Considering recommendations from the CDC, Ali will be in conversation with local author Kathryn Davis in a Facebook Live discussion of his new book "Immortals of Tehran." Join us on the same date, April 9 at 7pm, for this interactive conversation and order a copy of your book from Left Bank Books to support authors and independent bookstores!

Ahmad Torkash-Vand treasures his great-great-great-great grandfather’s every mesmerizing word. On the day of Ahmad’s father’s death, Ahmad listens closely as the seemingly immortal elder tells him the tale of a centuries-old family curse, and the boy’s own fated role in the story. Immortals of Tehran follows Ahmad and his family through the years as they struggle to hold themselves together through decades of famine, loss, and political turmoil in Iran. As the world transforms, Ahmad’s life and the lives of those around him converge and catch fire at the center of the Revolution. As his teenage daughter joins the increasingly dangerous crowds of men protesting in the streets, his best friend held in prison for years for his political leanings, and his wife returns to nursing school, Ahmad continues to put his faith in poetry and its ability to spark a light—its ability to change the world. Ali Araghi’s Immortals of Tehran explores the harsh realities of history while still conjuring the astonishment and charm of magical realism, resulting in a fascinating and stirring novel about the power of words and the revolutionary sparks of love, family, and poetry—set against the indifferent, relentless march of time.

Ali Araghi is an Iranian writer and translator. He won the 2017 Prairie Schooner Virginia Faulkner Award for Excellence in Writing and has published stories and translations in Prairie Schooner, Fifth Wednesday Journal, Asymptote, and Hayden's Ferry Review, among others. He lives in St. Louis.

Kathryn Davis is the author of eight novels, the most recent of which is The Silk Road (2019). Her other books are Labrador (1988), The Girl Who Trod on a Loaf (1993), Hell: A Novel (1998), The Walking Tour (1999), Versailles (2002), The Thin Place (2006) and Duplex (2013). She has received a Kafka Prize for fiction by an American woman, both the Morton Dauwen Zabel Award and the Katherine Anne Porter Award from the American Academy of Arts and Letters, and a Guggenheim Fellowship. In 2006, she won the Lannan Foundation Literary Award. She is the senior fiction writer on the faculty of The Writing Program at Washington University.

The Immortals of Tehran (Hardcover)