Left Bank Books presents the former mayor of Charlottesville, Michael Signer, who delivers a vivid, first-person chronicle of the terror and mayhem of the August 2017 "Unite the Right" event, and shows how issues of extremism are affecting not just one city but the nation itself in his new book, Cry Havoc. 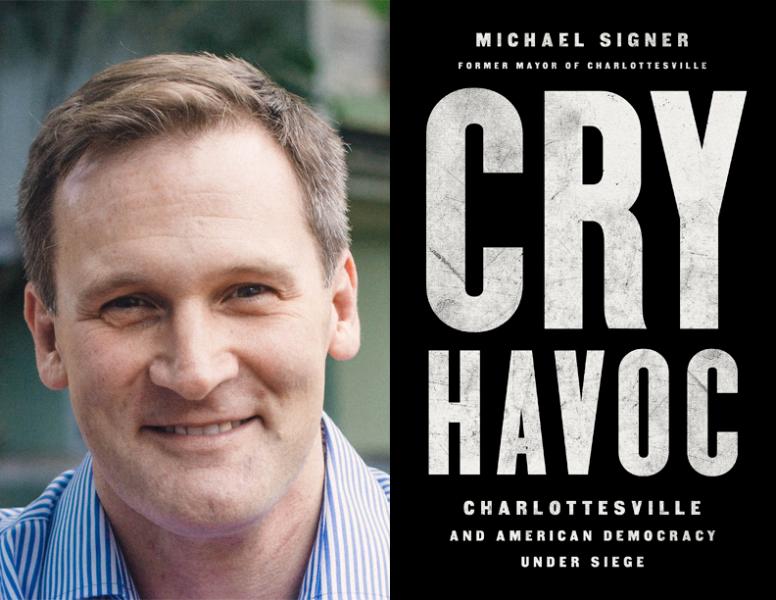 The deadly invasion of Charlottesville, Virginia, by white nationalist militias in August 2017 is a microcosm of the challenges facing American democracy today. In his first-person account of one of recent American history's most polarizing events, Michael Signer, then Charlottesville's mayor, both tells the story of what really happened and draws out its larger significance.

Signer's gripping, strikingly candid "you are there" narrative sets the events on the ground-the lead-up to August's "Unite the Right" rally, the days of the weekend itself, the aftermath-in the larger context of a country struggling to find its way in a disruptive new era. He confronts some of the most challenging questions of our moment, namely how can we:

While Signer shows how easily our communities can be taken hostage by forces intent on destroying democratic norms and institutions, he concludes with a stirring call for optimism, revealing how the tragic events of Charlottesville are also bolstering American democracy from within.

Michael Signer served as Mayor of Charlottesville, Virginia, from 2016 to 2018. He has been profiled by CNN, The New York Times, The Washington Post, and The Guardian and has been interviewed by Meet the Press, Face the Nation, the Rachel Maddow Show, and NPR’s Morning Edition. He holds a Ph.D. in political science from U.C., Berkeley, where he was a National Science Foundation Graduate Research Fellow; a J.D. from the University of Virginia School of Law; and a B.A. in politics, magna cum laude, from Princeton University. He is also the author of two books, Demagogue: The Fight to Save Democracy from Its Worst Enemies and Becoming Madison: The Extraordinary Origins of the Least Likely Founding Fathers. He lives in Charlottesville with his wife and twin boys.