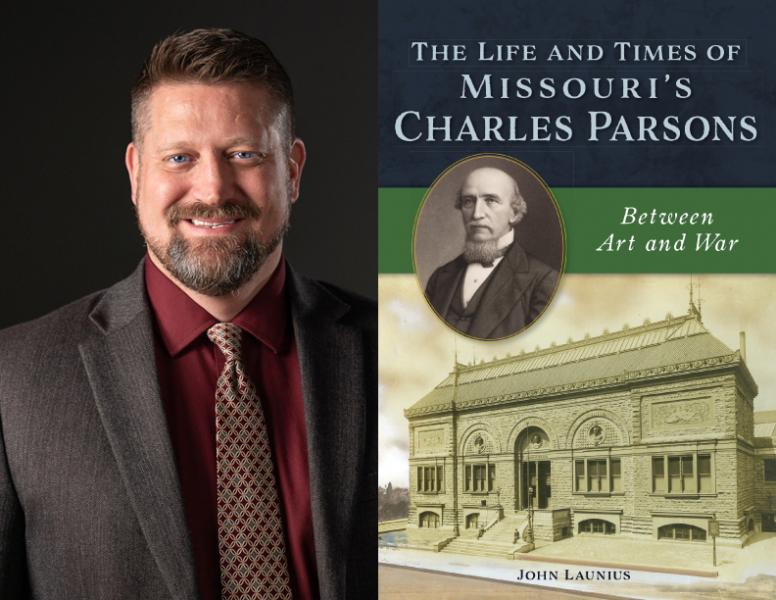 Charles Parsons is one of St. Louis's and the nation's most influential yet little-known figures. He was instrumental to the Union cause as a Civil War quartermaster and advisor to generals, politicians and presidents alike. As a world-traveling art connoisseur, he helped found the first art museum west of the Mississippi, to which he donated his remarkable collection of American, European and Asian art. To this day, his philanthropic work and dedication to education live on in some of the country's grandest institutions. Author John Launius tells the full story for the first time, from business failures in a riverside boomtown to national renown.

John Launius is a media and technology executive based in St. Louis, Missouri. He has provided leadership across governmental and educational sectors and has worked in all forms of media during his career. As a designated "Show Me Missouri" Historical Speaker, representing the Missouri Humanities Council and the Missouri State Historical Society, he enjoys research, writing and lecturing about nineteenth- and twentieth-century America. As a public speaker, he enjoys discussing leadership, management and other business-related topics. He is a Hillman Scholar mentor and has engaged with nonprofits and charitable organizations focused on improving the quality of life for others. With thirty-eight years of martial arts training, he holds numerous black belts in several martial art styles. He has a BA from Webster University and studied at Washington University in St. Louis, DePaul University's Goodman School of Theatre and The Second City in Chicago.

This event is free and open to the public, but proof of purchase of The Life and Times of Missouri's Charles Parsons from Left Bank Books will be required to enter the signing line.

The Life and Times of Missouri's Charles Parsons: Between Art and War (Paperback)