Chuck Klosterman and Philosophy: the Real and the Cereal (Used Book) 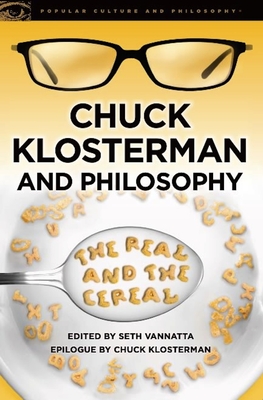 Chuck Klosterman and Philosophy: the Real and the Cereal (Used Book)

$8.00
Out of Stock
Book Description:
Since he burst on the world with his heavy-metal memoir Fargo Rock City in 2001, Chuck Klosterman has been one of the most successful novelists and essayists in America. His collections of essays Sex, Drugs, and Cocoa Puffs and Chuck Klosterman IV: A Decade of Curious People and Dangerous Ideas have established Klosterman not only as a credible spokesman for intelligent purveyors of popular culture. His writings and regular columns (in Spin, Esquire, The New York Times Magazine and other venues) about music, sports, and modern culture have sometimes become themselves touchstones in popular culture. The success of his card-based game Hypertheticals: 50 Questions for Insane Conversations has demonstrated that Klosterman can connect with his fans and readers even off the printed page. As he writes in his contribution to this book, Klosterman "enjoys writing about big, unwieldy ideas" as they circulate in culture, in people, in music, and in sports. The twenty-two other philosophers writing alongside Klosterman couldn't agree more. They offer their own take on the concepts and puzzles that fascinate him and take up many of Chuck's various challenges to answer brain-twisting "hypertheticals" or classic ethical quandaries that would arise if, say, Aristotle wandered backstage at a Kiss concert.