NATIONAL BOOK CRITICS CIRCLE AWARD WINNER • NATIONAL BESTSELLER • “Of all the stories that argue and speculate about Shakespeare’s life ... here is a novel ... so gorgeously written that it transports you." —The Boston Globe

England, 1580: The Black Death creeps across the land, an ever-present threat, infecting the healthy, the sick, the old and the young alike. The end of days is near, but life always goes on.

A young Latin tutor—penniless and bullied by a violent father—falls in love with an extraordinary, eccentric young woman. Agnes is a wild creature who walks her family’s land with a falcon on her glove and is known throughout the countryside for her unusual gifts as a healer, understanding plants and potions better than she does people. Once she settles with her husband on Henley Street in Stratford-upon-Avon, she becomes a fiercely protective mother and a steadfast, centrifugal force in the life of her young husband, whose career on the London stage is just taking off when his beloved young son succumbs to sudden fever. 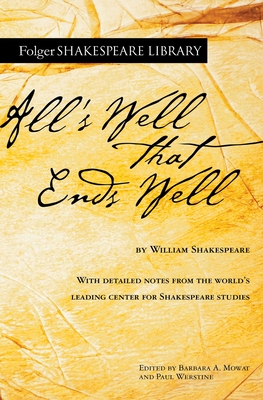 Get All's Well That Ends Well for 20% off by phone and online during the months of December and January!

The authoritative edition of All’s Well That Ends Well from The Folger Shakespeare Library, the trusted and widely used Shakespeare series for students and general readers.

Shakespeare’s All’s Well That Ends Well is the story of its heroine, Helen, more so than the story of Bertram, for whose love she yearns. Helen wins Bertram as her husband despite his lack of interest and higher social standing, but she finds little happiness in the victory as he shuns, deserts, and attempts to betray her.

The play suggests some sympathy for Bertram. As a ward to the French king, he must remain at court while his friends go off to war and glory. When Helen cures the King, he makes Bertram available to her. To exert any control over his life, Bertram goes to war in Italy.

Helen then takes the initiative in furthering their marriage, undertaking an arduous journey and a daring trick. Few today, however, see a fairy-tale ending.

This edition includes:
-Freshly edited text based on the best early printed version of the play
-Full explanatory notes conveniently placed on pages facing the text of the play
-Scene-by-scene plot summaries
-A key to the play’s famous lines and phrases
-An introduction to reading Shakespeare’s language
-An essay by a leading Shakespeare scholar providing a modern perspective on the play, David McCandless
-Fresh images from the Folger Shakespeare Library’s vast holdings of rare books
-An annotated guide to further reading

Wednesday, January 4th, 7pm
Left Bank Books Online Meeting
THIS MEETING WILL BE ONLINE VIA SKYPE. CHECK THE GREAT NOVELS OF THE 22ND CENTURY FACEBOOK GROUP FOR THE MEETING INSTRUCTIONS. 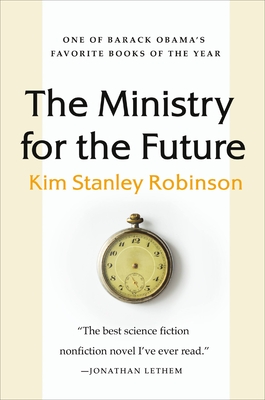 Get Dangerous Visions and New Worlds for 20% off online or over the phone during December and January!

"If I could get policymakers, and citizens, everywhere to read just one book this year, it would be Kim Stanley Robinson’s The Ministry for the Future." —Ezra Klein (Vox)

The Ministry for the Future is a masterpiece of the imagination, using fictional eyewitness accounts to tell the story of how climate change will affect us all. Its setting is not a desolate, postapocalyptic world, but a future that is almost upon us. Chosen by Barack Obama as one of his favorite books of the year, this extraordinary novel from visionary science fiction writer Kim Stanley Robinson will change the way you think about the climate crisis.

"One hopes that this book is read widely—that Robinson’s audience, already large, grows by an order of magnitude. Because the point of his books is to fire the imagination."―New York Review of Books

"If there’s any book that hit me hard this year, it was Kim Stanley Robinson’s The Ministry for the Future, a sweeping epic about climate change and humanity’s efforts to try and turn the tide before it’s too late." ―Polygon (Best of the Year)

"[The Ministry for the Future] struck like a mallet hitting a gong, reverberating through the year ... it’s terrifying, unrelenting, but ultimately hopeful. Robinson is the SF writer of my lifetime, and this stands as some of his best work. It’s my book of the year." —Locus