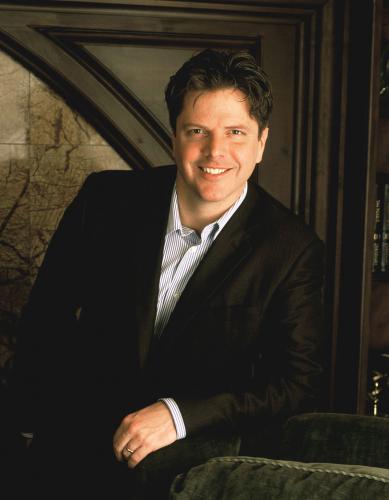 The Four Doors is Evans’s message to those who seek inspiration in their lives. It began as a talk he gave on the spur of the moment, and over the course of 10 years, it has evolved into a message he has shared with people from all walks of life It includes stories his readers have told him, stories about great achievers who overcame hardships, and stories about his own struggle growing up in a large family with financial difficulties and a suicidal mother, and about his diagnosis of Tourette’s Syndrome later in life.

Photographer and children’s author Ifeoma Onyefulu will read from and sign her books. She is the author of several books including A is for Africa, A Triangle for Adaora, One Big Family: Sharing Life in an African Village, and many others. Ms. Onyefulu was born into the Igbo tribe and brought up in eastern Nigeria. Books for sale courtesy of Left Bank Books.

The 2013 Millstone Lecture features Mark Leibovich, author of "This Town: Two Parties and a Funeral – Plus, Plenty of Valet Parking! – in America's Gilded Capital."
Is our two-party system really a one-party system? Does the "machine" in Washington change as the majority party changes, or is it party-agnostic, set up to benefit from whatever party is in power?
Author and New York Times Magazine correspondent Mark Leibovich will talk about his book, "This Town: Two Parties and a Funeral – Plus, Plenty of Valet Parking! – in America's Gilded Capital." It's an inside look at the players and the system at the core of American democracy. His speech is titled “How Self-Service Has Replaced Public Service in the Gilded Capital.”
This talk is free and open to the public and will be followed by an audience discussion.
The pre-lecture reception with Mark Leibovich is $150 per person, which includes a souvenir copy of “This Town” and, of course “Plenty of Valet Parking!”
2013 Millstone Lecture Speaker Reception
The St. Louis Beacon and its distinguished party co-chairs Sally and Jack Danforth and Barbara Eagleton hope you’ll come for drinks and hors d’oeuvres and toast this year’s James C. Millstone Memorial Lecturer Mark Leibovich.
Mr. Leibovich’s Millstone Lecture will follow the reception at 7:30 p.m. at the Courtroom of Scott Hall, St. Louis University’s new Law School Building, 100 North Tucker Boulevard (around the corner from the Majestic Hotel).
You can register for the reception here. If you’re attending the party and the lecture, the valet will deliver your car after the lecture to the front of Scott Hall.
Wednesday, October 2, 2013 - 7:30pm

The Smithsonian Institution is America's largest, most important, and most beloved repository for the objects that define our common heritage. Now Under Secretary for Art, History, and Culture Richard Kurin, aided by a team of top Smithsonian curators and scholars, has assembled a literary exhibition of 101 objects from across the Smithsonian's museums that together offer a marvelous new perspective on the history of the United States. 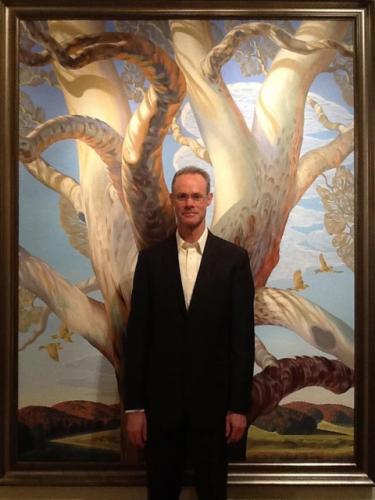 New Regionalism: The Art of Bryan Haynes collects Bryan Haynes’ Midwestern paintings. Haynes makes his home in St. Alban’s, Missouri and this work evokes comparisons to Grant Wood and Thomas Hart Benton. His book is a perfect gift for Missouri newcomers and expats who miss the beauty of a Missouri landscape.

Wiley Cash will sign and discuss This Dark Road to Mercy, a resonant new novel about a father's efforts to rescue his young daughters by the critically-acclaimed author of the New York Times bestseller A Land More Kind Than Home. In Cash's second novel, 12-year-old Easter and her little sister, Ruby, end up in North Carolina's foster care system when their mother dies. Their long-vanished father, Wade, suddenly reappears and promptly makes off with them, pursued by both the girls' legal guardian and a shady figure out for vengeance.

Wine and beer available for purchase, courtesy of The Vino Gallery.

Parking: Lot at 10th and Olive; garage at 10th between Locust and Washington; street parking (meters free after 7pm)

The Pulitzer Prize-winning author of Guns, Germs and Steel, returns with The World Until Yesterday, a mesmerizing firsthand picture of the human past as it had been for millions of years--a past that has mostly vanished. He considers what the differences between that past and our present mean for our lives today.

We are sorry, but reservations for this event are FULL. If you have reserved your ticket and would like to buy a book for priority line space, please call 314-367-6731 and press 2 for our Downtown store!

Spanning more than forty years and two continents, The Valley of Amazement resurrects pivotal episodes in history: from the collapse of China's last imperial dynasty, to the rise of the Republic, the explosive growth of lucrative foreign trade and anti-foreign sentiment, to the inner workings of courtesan houses and the lives of the foreign "Shanghailanders" living in the International Settlement, both erased by World War II.

Juliet Schor will be reading from her newest book, True Wealth. True Wealth is a road map for the next two decades. In encouraging us to value our gifts — nature, community, intelligence, and time — Schor offers the opportunity to participate in creating a world of wealth and well-being. This event is free and open to the public.