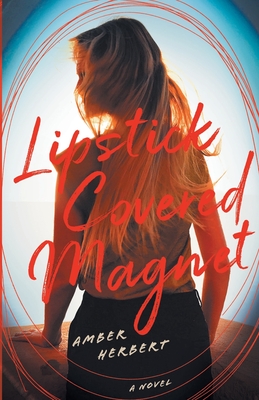 She's running from her past. He's hoping to become her present.

Skylar has avoided the past for three years. She can't be plagued by guilt and regret if she never has time to process what happened. When a song triggers the memories she's tried so hard to bury, she knows she can't run anymore. Despite her ex being gone, he's hiding in the quiet and stillness. There's no escape.

Connor has always been passionate. If he's into you, he will follow you to the ends of the earth. Sure, his fixation once ended in a restraining order, but that was just one girl. When he meets Skylar, he feels that same itch. Despite her attempts to brush him off, he increases his efforts-even if that means tracking her movements and stalking her online. He knows he'll win her over if he's persistent.

As Skylar does her best to heal, Connor sinks further into obsession.

Lipstick Covered Magnet is a genre-bending debut that weaves the intricacies of healing with delusion and suspense.