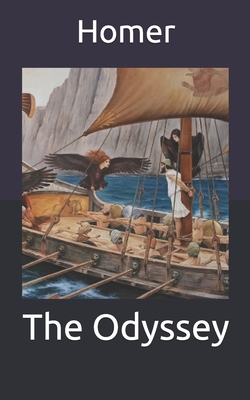 Tell me, O Muse, of that ingenious hero who travelled far and wide after he had sackedthe famous town of Troy. Many cities did he visit, and many were the nations with whosemanners and customs he was acquainted; moreover he suffered much by sea while tryingto save his own life and bring his men safely home; but do what he might he could not savehis men, for they perished through their own sheer folly in eating the cattle of the Sun-godHyperion; so the god prevented them from ever reaching home. Tell me, too, about all thesethings, oh daughter of Jove, from whatsoever source you may know them.So now all who escaped death in battle or by shipwreck had got safely home exceptUlysses, and he, though he was longing to return to his wife and country, was detained bythe goddess Calypso, who had got him into a large cave and wanted to marry him. But asyears went by, there came a time when the gods settled that he should go back to Ithaca;even then, however, when he was among his own people, his troubles were not yet over;nevertheless all the gods had now begun to pity him except Neptune, who still persecutedhim without ceasing and would not let him get home.