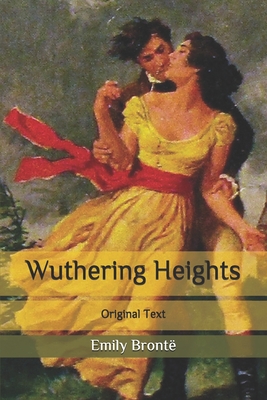 By Emily Brontë
Email or call for price
Special Order
(This book cannot be returned.)

Perhaps the most haunting and tragic love story ever written, Wuthering Heights is the tale of Heathcliff, a brooding, troubled orphan, and his doomed love for Catherine Earnshaw. His desire for her leads him to madness, however, when Catherine is made to marry a wealthy lord, sending Heathcliff on a life-long quest to avenge himself upon those who stole his only love and his life. In this gripping chronicle of the never-ending conflict between the heart and the mind - and the pain and passion of true romance.I have just returned from a visit to my landlord-the solitary neighbour that I shall be troubled with. This is certainly a beautiful country In all England, I do not believe that I could have fixed on a situation so completely removed from the stir of society. A perfect misanthropist's heaven: and Mr. Heathcliff and I are such a suitable pair to divide the desolation between us. A capital fellow He little imagined how my heart warmed towards him when I beheld his black eyes withdraw so suspiciously under their brows, as I rode up, and when his fingers sheltered themselves, with a jealous resolution, still further in his waistcoat, as I announced my name.'Mr. Heathcliff?' I said.A nod was the answer.'Mr. Lockwood, your new tenant, sir. I do myself the honour of calling as soon as possible after my arrival, to express the hope that I have not inconvenienced you by my perseverance in soliciting the occupation of Thrushcross Grange: I heard yesterday you had had some thoughts-''Thrushcross Grange is my own, sir, ' he interrupted, wincing. 'I should not allow any one to inconvenience me, if I could hinder it-walk in.