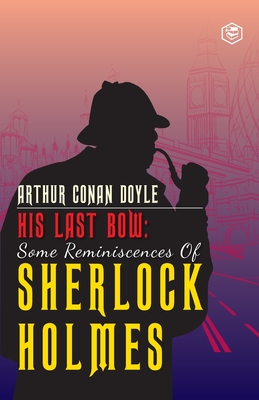 Thirteen years have passed since Sherlock Holmes and Dr Watson encountered the 'The Cornish Horror' - referred to by Holmes as 'the strangest case I have ever handled'. With such an introduction, it is no wonder that the story of the inexplicable death and madness of a woman and her two brothers is as bizarre as any of the great detective's adventures. Holmes is always as ready to help the general public as he is the highest officials of state, and in the eight stories in this collection his clients include a reclusive elderly woman - who has received two severed human ears in the post - and the British Government, anxious to recover the missing plans for a new and deadly submarine. In the final story, set and published in 1917, Holmes and Watson find themselves involved in the struggle for the nation's survival; this story was intended to boost morale during the First World War, with a fictional hero joining the ranks of those in real life. The Baker Street Classics Sherlock Holmes collection is a retro-inspired full set of Conan Doyle's wonderful tales of the inimitable "consulting detective" at work. Featuring original illustrations from editions of the 1920s, this collection will adorn any booklover's shelf and transport the reader back in time to Holmes's bustling Victorian London; the misty moors of Dartmoor; the dizzying heights of Reichenbach; and the cozy living room of 221b Baker Street.