Up From Slavery: The Incredible Life Story of Booker T. Washington (Paperback) 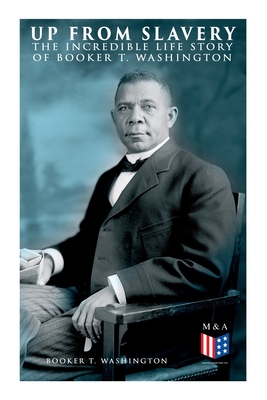 Up From Slavery: The Incredible Life Story of Booker T. Washington (Paperback)


Ships quickly (1-7 days)
(This book cannot be returned.)
"Up from Slavery" is the autobiography of Booker T. Washington sharing his personal experience of having to work to rise up from the position of a slave child during the Civil War, to the difficulties and obstacles he overcame to get an education at the new Hampton Institute, to his work establishing vocational schools—most notably the Tuskegee Institute in Alabama—to help black people and other disadvantaged minorities learn useful, marketable skills and work to pull themselves, as a race, up by the bootstraps. Booker Taliaferro Washington (1856 – 1915) was an American educator, author, orator, and advisor to presidents of the United States. Between 1890 and 1915, Washington was the dominant leader in the African-American community. Washington was from the last generation of black American leaders born into slavery and became the leading voice of the former slaves and their descendants. Contents: A Slave Among Slaves Boyhood Days The Struggle For An Education Helping Others The Reconstruction Period Black Race And Red Race Early Days At Tuskegee Teaching School In A Stable And A Hen-House Anxious Days And Sleepless Nights A Harder Task Than Making Bricks Without Straw Making Their Beds Before They Could Lie On Them Raising Money Two Thousand Miles For A Five-Minute Speech The Atlanta Exposition Address The Secret Of Success In Public Speaking Europe Last Words