Stanislaw Brzozowski and the Migration of Ideas: Transnational Perspectives on the Intellectual Field in Twentieth-Century Poland and Beyond (Lettre) (Paperback) 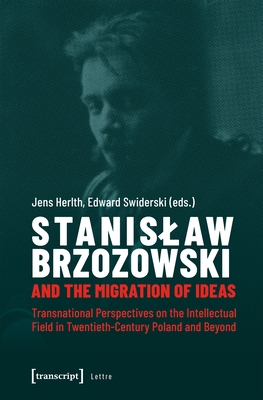 As a writer, critic, and philosopher, Stanislaw Brzozowski (1878-1911) left a lasting imprint on Polish culture. He absorbed virtually all topical intellectual trends of his time, adapting them for the needs of what he saw as his primary mission--the modernization of Polish culture. The essays in this volume reassess and contextualize Brzozowski's writings from a distinctly transnational vantage point. They shed light on often surprising and hitherto underrated affinities between Brzozowski and intellectual figures and movements in Eastern and Western Europe. Furthermore, they explore the presence of his ideas in twentieth-century literary criticism and theory.

Jens Herlth is full professor of Slavic literatures at the University of Fribourg, Switzerland. His research interests include Polish intellectual history, Russian and Polish literature in the context of the history of ideas, and the relationship between literature and the social sciences. Edward Swiderski is professor emeritus of the philosophy of culture and aesthetics at the University of Fribourg, Switzerland. His research areas include philosophy in Russia and Poland, phenomenology, and analytic philosophy with particular emphasis on the philosophy of music and social ontology.